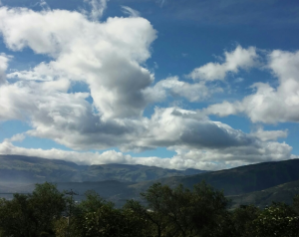 Our Hope: Even Jabez Had Hope

‘Now Jabez was more honorable than his brothers, and his mother called his name Jabez, saying, “Because I bore him in pain.” ‘ 1 Chronicles 4:9 (NKJV)

Jabez had a rough road to travel, simply because of his name.  Can you imagine if your mother named you ‘Pain’?  Many of us have not liked our names, especially when we were young.  I was one of those, because people would make remarks about me being a flower, or that I was wilting, or one of a whole host of what they considered to be funny.  No one was trying to be mean, but it still made me hate my name.

But to be named after a woman’s birthing pains is something altogether different.  God does not reveal to us what Jabez’s mother was thinking, other than that one statement.  He had grown to be honorable, a good man, regardless of the name he carried.  What shaped and molded him to be that way?  Was it because despite his name he was going to be successful?  Was he looking for acceptance, or to prove that he was anything but pain?  Whatever the catalyst for his honorable self had been, it was like a badge he could wear.  It was who he was.

‘And Jabez called on the God of Israel saying, “Oh, that You would bless me indeed, and enlarge my territory, that Your hand would be with me, and that You would keep me from evil, that I may not cause pain!” ‘  1 Chronicles 4:10 (NKJV)

Jabez shows us in this verse that he believed in the holy God of Israel.  He knew he would listen, or he would not have cried out to Him.  But what does he mean by asking for ‘enlarged territory’?  Does he want more land, or cattle, or servants?  Was he wanting to be rich?  The answer comes from the very end of this passage.  When he asks to be kept from evil, that he would not cause pain.

Jabez, as the man of honor, wished to be a blessing.  He did not want to be what his mother had named him, pain.  He would cause no harm to anyone, if he could resist the evil one.  He only wanted to be good, to live in honor, and to bless others.  Jabez was not asking for more possessions.  His request for territory was for God to grant him space, with people in it, where he could bless others. This may have taken the form of physically helping others in need, or in befriending the friendless, or in any number of ways that he could do good.  He was not asking for anything for himself, other than to be used by his God.

I purposely left this last statement off of verse ten, above.  Because this says it all.  While Jabez suffered with his name his whole life up till this point, he had become honorable.  He knew God, and he was good, and wished to do good for others.  He did not ask for riches or goods or for anything material for himself. He only asked for what God would want for him.  And God gave it.

Yes, Jabez had hope, else he would not have had the courage to be the person he was, to rise above his name.  He faced that challenge with honor.  He knew that his hope was in God Himself.  And as He was Jabez’s hope, He is Our Hope.  No matter how little or insignificant we feel, when we cry out to Him,  He will listen, and His hand will be with us, that we would cause no pain.

Lili lives in central North Carolina. She writes devotionals and Christian articles and has been published in e-magazines, newsletters, and articles. She is a member of Faithwriters.com. She and her husband Chuck love to travel, and are animal lovers as well. They are active in their local church. Lili credits God for any inspiration that allows her to write. It's all about Him!
@@ohiolili
Previous College…You Don’t Have To Decide Right Now
Next The Horror of it All