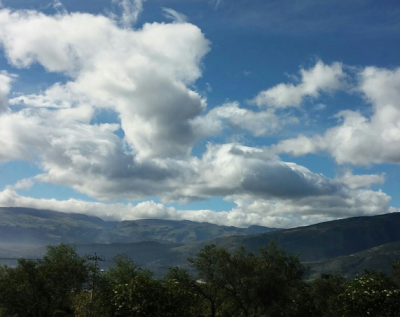 Our Hope: Lazarus, Come Forth!

Jesus was like us in that He too needed people He could relax with and find peace and rest.  While He loved everyone the same, He still knew some who were closer to Him, people He loved who would always welcome Him. Lazarus, along with his sisters Martha and Mary, were among these chosen friends.

The sisters sent a message to Jesus, while He was at the Jordan River, the same place John the Baptist had previously baptized.  The message asked Him to come to them, as their brother Lazarus was very sick.  Jesus, however, did not go to them straight away.  Instead, He chose to wait.  He actually waited for two more days.  He told His disciples that Lazarus slept.  They responded that if he was sleeping, then surely he would recover.  But then Jesus told them what He already knew–Lazarus was dead, but He would go and wake him up.

When Jesus arrived in Bethany, Martha went out to meet Him.  Mary was sitting in the house.  In response to Martha’s first greeting to Him, Jesus sought to reassure her.

“Jesus said to her, ‘I am the resurrection and the life.  He who believes in Me, though he may die, he shall live.  And whoever lives and believes in Me shall never die.  Do you believe this?”  John 11:25-26

Martha’s response was yes, she did know Who He was, and why He had come into the world.  He was the Christ, the Son of God.

This is where we find that Jesus Himself was very capable of experiencing anguish.  Though He knew what He, with the Father, was about to do, He still grieved for the passing of his friend.  The Scripture says simply, “Jesus wept.” (John 11:35)

When they arrived at the tomb, even though Martha believed in Him, she still doubted, and was very disturbed that Lazarus had been deceased for four days.  However, Jesus reminded her that she had told Him she believed.

So He stood before the tomb, and He gave thanks to His Father for hearing Him, and that through this event that was about to happen, all who witnessed it would believe that God had sent Him.  Then He cried out loudly for Lazarus to come forth.  And Lazarus obeyed, and left the grave wrapped in his burial clothes.

Jesus is Our Hope.  He was also the hope of Lazarus, Martha, and Mary.  He was all they ever needed Him to be.  He brought glory to the Father, and the witnesses did indeed believe.  He is the resurrection and the life, and we who believe, though we do die in this life, we will never truly be dead.  We will live forever because of His saving grace.  Our Hope has promised.  Therefore, we believe!

When have you seen the awesome power and love of Jesus working in impossible situations in your life?  Please go to www.mystoryofgrace.com and share your experience with us.

Bethany Do you believe this? eternal life glory to God Glory to the Father I am the resurrection and the life Jesus had friends Jesus Wept Lazarus Come Forth! Lazarus obeyed Lazarus slept Lazarus was sick live again live forever Martha and Mary Mary and Martha Our Hope Rest Resurrection The Christ the Son of God www.mystoryofgrace.com 2015-06-10
Lili

Tags Bethany Do you believe this? eternal life glory to God Glory to the Father I am the resurrection and the life Jesus had friends Jesus Wept Lazarus Come Forth! Lazarus obeyed Lazarus slept Lazarus was sick live again live forever Martha and Mary Mary and Martha Our Hope Rest Resurrection The Christ the Son of God www.mystoryofgrace.com

Lili lives in central North Carolina. She writes devotionals and Christian articles and has been published in e-magazines, newsletters, and articles. She is a member of Faithwriters.com. She and her husband Chuck love to travel, and are animal lovers as well. They are active in their local church. Lili credits God for any inspiration that allows her to write. It's all about Him!
@@ohiolili
Previous The Proverbs 31 Man
Next Your Super-power: Choose What You Get Used To