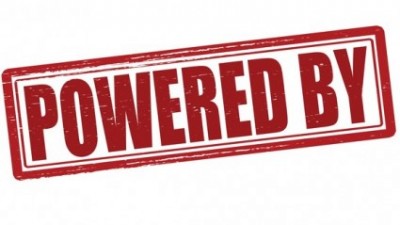 Our Hope: Powered By GOD!

“And it came to pass, on the day the LORD spoke to Moses in the land of Egypt, that the LORD spake to Moses, saying, ‘I am the LORD.  Speak to Pharaoh king of Egypt all that I say to you.’  But Moses said before the LORD, ‘Behold, I am of uncircumcised lips, and how shall Pharaoh heed me?’ ”  Exodus 6:28-30

When God called Moses and his brother Aaron into His service, they were 80 and 83 years old, respectively.  And while in those days people tended to have many more years than we know today, they were still not considered young men.  Yet, Moses and Aaron listened to the LORD and obeyed His call.  Their call was to deliver the LORD’s chosen people, Israel, from slavery in Egypt.

We can see from the Scripture above that Moses had little faith in his own abilities.  He was a plain man, though he was raised in royalty in the house of Pharaoh.  Yet he had been absent from that house for many years, living in the household of his father-in-law, Jethro, in the land of Midian. Moses felt that he was not eloquent enough in his speech, or in his stature; Pharaoh would never listen to anything he had to say.  But he forgot that the LORD Himself equips those He chooses to serve. The LORD became the power that fueled both Moses and Aaron.

“So Moses and Aaron went in to Pharaoh, and they did so, just as the LORD commanded.  And Aaron cast down his rod before Pharaoh and before his servants, and it became a serpent.  But Pharaoh also called the wise men and the sorcerers; so the magicians of Egypt, they also did in like manner with their enchantments.  For every man threw down his rod, and they became serpents.  But Aaron’s rod swallowed up their rods.  And Pharaoh’s heart grew hard, and he did not heed them, as the LORD had said.”  Exodus 6:10-13

In Exodus 7, God told Moses that He would perform His miracles and wonders throughout the land of Egypt.  Every time Moses and Aaron went before Pharaoh, his heart became hardened even more.  And because the miracles and wonders were performed in front of Pharaoh and his court, and seen by the people as well, God’s power was seen throughout the land.

Due to Pharaoh’s hardened heart, the plagues began.  First, the water turned to blood by the staff of Aaron being held over the water that Pharaoh visited every day.  There were nine plagues, each of which showed the power of the LORD.  And while they brought fear and amazement to Pharaoh and all who beheld them, still Pharaoh’s heart hardened; he denied Moses’ request to let the people go.

There was one final plague, the tenth, and this was the one that finally broke Pharaoh, and his heart. It was the plague of the firstborn.  This plague took the lives of all the firstborn of Egypt, people and animals, including Pharaoh’s own son.  The Israelites had been warned, through Moses and Aaron, to protect their homes with the blood of sacrifice all over the door posts of each home’s entrance.  This showed the LORD which homes were of His people, and which were not.  Only the homes without the blood would suffer the loss of the firstborn.

“Then he called for Moses and Aaron by night, and said, ‘Rise, go out from among my people, both you and the children of Israel.  And go, serve the LORD as you have said.  Also take your flocks and your herds, as you have said, and be gone; and bless me also.’ ” Exodus 12:31-32

Pharaoh finally had enough.  He had lost his own son, and had heard the cries and moaning of the houses of Egypt throughout the night, lamenting their losses.  The LORD had done exactly what He said He would do, yet Pharaoh’s hardened heart caused only harm to his family, and to Egypt. Pharaoh said the Israelites could go, but then, his heartache turned to anger, and the lust for revenge. Pharaoh later pursued the people with his chariots.

However, God freed His people.  He used two men who had no obvious ability to lead others, or to sway powerful kings.  Yet they were used in a mighty way, showing that they were powered by God. He brought hope, and He delivered what He promised.  He is Our Hope, just as much today as then. There is no greater hope than the hope He offers.

Share with us your story of how God delivered you from a trial in your life, at www.mystoryofgrace.com.  We want to celebrate with you!

Lili lives in central North Carolina. She writes devotionals and Christian articles and has been published in e-magazines, newsletters, and articles. She is a member of Faithwriters.com. She and her husband Chuck love to travel, and are animal lovers as well. They are active in their local church. Lili credits God for any inspiration that allows her to write. It's all about Him!
@@ohiolili
Previous Where Do I Go From Here?
Next Why Pray Personal Prayers?