Breaking News
Home / Faith / Where Do I Go From Here? 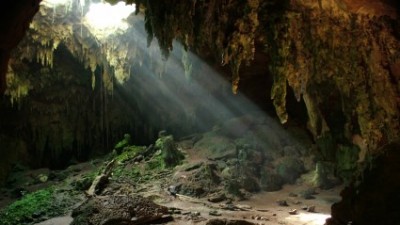 Where Do I Go From Here?

I don’t know about you, but I’m pretty sure I would have been in that cave along with the misfits and misfortunate.

In distress? Yeah, I think I qualify.

In debt? Unfortunately, I am all too familiar with that concept.

Discontented? Well, doesn’t that state of mind seem to naturally follow the other two?

I don’t know of too many people who are distressed and in debt that are content with their lot in life. In fact, just this morning, as I poured my heart out to God, I spoke of wishing to be in another place. Another place financially. Another place of employment for my dear husband. Another neighborhood where drugs and theft are not so common. Another place in my spiritual journey where I succeed more often and fail much less. Another place in my health where I have the strength and energy to fulfill all the daily tasks that require my attention. Discontented? It would seem so.

That being said, I can understand what these four hundred men were going through. Life had handed them lemons by the handfuls, and they weren’t sure what to do or where to turn. Then, they heard about David who was hiding out in a cave, wrestling with some major trials of his own. I guess these men figured that misery really does love company. Either that, or perhaps they just needed to be around someone who understood their heartache. There’s something reassuring about sharing your troubles with someone and knowing that they completely understand where you’re coming from because they’ve walked in those very same shoes.

When faced with the crises of life, these men faced the same question we often face: Where do I go from here? The four hundred ran to their true king. Shouldn’t we do the same?

Psalm 62:5-8 says, “My soul, wait thou only upon God; for my expectation is from him. He only is my rock and my salvation: he is my defence; I shall not be moved. In God is my salvation and my glory: the rock of my strength, and my refuge, is in God. Trust in him at all times; ye people, pour out your heart before him: God is a refuge for us. Selah.”

God is our refuge. He is our hiding place. Whatever troubles we find ourselves in, God has the answer. We can seek His face, pour out our hearts and take comfort in the fact that He can empathize with our situation. Remember, He walked this earth for 33 years. He knows the troubles and heartbreaks that can happen.

In debt? Well, I’m not sure that He ever owed another man anything, but I do know that He didn’t work a paying job during His three-year ministry preceding His death, so I’m sure there were money problems every now and then.

And how about discontented? He left the splendor of Heaven to abide in the muck and chaos of this world, and while He was always content to do His Father’s will, that didn’t stop Him from asking if there was another way to accomplish it. (Matthew 26:39)

So, you see, not only is God One who knows about your struggles, but He is also One who completely understands. He’s been there. He’s suffered just as you are suffering. He’s known the pain of loneliness and exhaustion. Whatever you may be facing today, your King understands. Go to Him. Hide yourself in the refuge of His arms, and find solace for your hurting heart.

In what ways can you relate to the men in the cave of Adullam?

Dana is a full-time Christian author and speaker residing in Greenville, SC with her husband and two dogs. In fulfilling her call to evangelize the lost and edify the saints, Dana spends her days writing devotions, devotional books and books for children, as well as recording podcasts on various Biblical topics. She serves in many capacities at her local church, including the roles of church pianist and ladies' Sunday School teacher. Dana has a passion for souls and longs to be used of God in whatever way He deems necessary. When not writing or serving at church, Dana can most likely be found reading or hiking a nearby trail.
Previous A Message For Humanity–Unite For Liberty?
Next Our Hope: Powered By GOD!