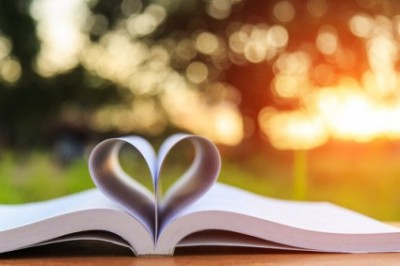 Our Hope: The Heart of the Wise

‘The heart of the wise teaches his mouth, and adds learning to his lips.’  Proverbs 16:23 (NKJV)

Have you ever said something without quite thinking about it, and then lived to regret it?  Have you been known to get yourself into hot water on a regular basis because you attempted to make a point, and as it came out of your mouth you wondered who was saying those words?  What we say, and even do, can sound and look quite different from what we initially think it to be.  And that is why we need the wisdom of the heart that only God can give us.

I’ve done it, you’ve done it, we’ve all done it, at one time or another.  And sometimes we have done it deliberately, for a personal gain, which is an even worse offense.  Then we find ourselves trying to explain it all after the damage has been done.  We apologize over and over again, but if we are wise, we will first ask Jesus for forgiveness.  After all, we cannot expect Jane or Tom to forgive us for our folly if we have not sought the same from our Savior.  Because, when we speak and act outside of godly wisdom, have we not sinned against our God?

This Psalm is called ‘A Prayer of Moses the man of God’, per the heading in my NKJV Bible.  We know Moses was indeed a man of God and he was considered a wise man.  God gave him not only the Ten Commandments, and tasks that would allow the Israelites to leave Egypt and the slavery they had suffered from for 400 years.  He also gave him the wisdom to be a leader, to influence the people of God, and even Pharaohs.  Because Moses wrote this prayer with these words from verse 12, we can be assured he was saying he trusted the Lord, and knew He would teach and give the wisdom Moses asked for, both for himself, and for the people.  Therefore, we only need to pray and ask for His wisdom, and if we are walking right with Him, He certainly will grant it.

If I had more wisdom and used it before I spoke, my world would be a lot more peaceful.  So would yours if you did the same.  The really wonderful thing is, we can have that same wisdom.  God’s plan is not for His people to be misspeaking, or acting in ways unbecoming to Christians.  His plan is that we be taken seriously for His purposes.  That we be of great influence to those who are searching for something other than what they already know.  That we find ourselves walking and talking like Christ every day, and that in so doing, we show the wisdom that only comes from the Lord when we are faced with people and circumstances that may easily befuddle us.  We are not to be confused, but saturated with wisdom and grace. When we work within His framework, with the wisdom to know when to and when not to say and do certain things, then we are operating in His strength as well, which will have ever so much more impact on people, and on the purposes with which He has entrusted us.

He is Our Hope.  And because He is that, He is to be honored and obeyed in all things.  Choosing to be wise and to claim a heart of wisdom is one very important way to do that.  While we do not take the credit ourselves for that heart and that wisdom, we can take the credit for choosing Him, walking with Him, and having hope in Him.

‘For the word of God is living and powerful, and sharper than any two-edged sword, piercing even to the division of soul and spirit, and of joints and marrow, and is a discerner of the thoughts and intents of the heart.’

Tell me about the time you wished you had thought before speaking.  Were you caught off guard, and if so, what did you do, and how did you see God at work in your situation?

Lili lives in central North Carolina. She writes devotionals and Christian articles and has been published in e-magazines, newsletters, and articles. She is a member of Faithwriters.com. She and her husband Chuck love to travel, and are animal lovers as well. They are active in their local church. Lili credits God for any inspiration that allows her to write. It's all about Him!
@@ohiolili
Previous J.O.Y. – Even Athletes Get It
Next A Warrior-King, Not A Carpenter!