Breaking News
Home / Politics / A Candidate with a Jehu Anointing 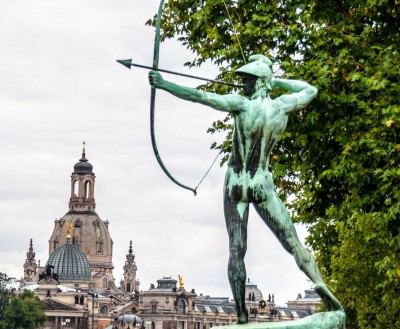 In order to defeat the media, does America need a candidate with a Jehu anointing?

A Candidate with a Jehu Anointing

In order for any presidential candidate of integrity to win the next election, the opponent he needs to defeat is the media.

In a previous blog we examined why the media has been such a mouthpiece for the enemy, and why its agenda is evidently straight out of hell. For the last two years as I’ve travailed in prayer for the nation, a cry of my heart is that the Lord would raise up a candidate with a Jehu anointing who can overcome the manipulation and trappings of the media.

What exactly is a “Jehu anointing”?

King Jehu, the tenth king of Israel, was raised to power by God’s sovereignty for the specific purpose of exterminating wicked King Ahab’s heirs, as Elijah had prophesied following the scandal of Naboth’s vineyard (1 Kings 21). Upon being anointed, Jehu immediately took off with a company of men to carry out his God-ordained commission.

Seeing this company approaching, “Joram king of Israel and Ahaziah king of Judah went out, each in his chariot, and they went out to meet Jehu and found him in the property of Naboth the Jezreelite. When Joram saw Jehu, he said, ‘Is it peace, Jehu?’ And he answered, ‘What peace, so long as the harlotries of your mother Jezebel and her witchcrafts are so many?’ ” (2 Kings 9:21-22)

Both kings fled in terror, but Jehu shot Joram with his bow and arrow, through the heart. Jehu pursued Ahaziah and he suffered the same fate (note that in Scripture, an archer’s bow signifies judgment).

After this, Jehu sought out Jezebel herself. Jezebel, we remember, was the daughter of a Sidonian king and high priest to Baal. She killed God’s prophets and enticed her husband King Ahab and all of Israel to do evil through following the Baal cult.

“When Jehu came to Jezreel, Jezebel heard of it, and she painted her eyes and adorned her head and looked out the window (2 Kings 9:30).

Jehu saw Jezebel there in the window, and asked her servants whether they were on the Lord’s side or Jezebel’s. Jehu commanded that they throw her down, and they tossed her out the window, literally to the dogs.

Notice that neither Elijah nor Elisha were able to defeat Jezebel. It took a man specifically appointed to carry out this task by God to overcome Jezebel’s manipulation and sorceries.

The mass media is hell bent on slandering any candidate who goes against the devil’s world system which calls good “evil” and evil “good” (Isaiah 5:20). It is time for the church to resist passivity and act in all our God-given power, both spiritual and civil, to act as good stewards of the liberty for which our predecessors dearly paid.

If this prayer for a Jehu anointing on God’s appointed candidate resonates with you, will you take a moment right now to agree in prayer? What has God laid on your heart to pray for our nation?

Emily Tomko's radical encounter with the Lord while at a nightclub changed her life forever and inspired her first novel, College Bound: A Pursuit of Freedom. She is the author of seven books, including 31 Thoughts on Prophecy and Leaving the Shallows: igniting the faith that overcomes the world. Her tastes tend toward vintage and she's a Germanophile, having spent a year in Bremen and Nuremberg. Emily loves the scriptures and writes with fierce compassion and a deep desire to see people freed from the miry clay of this world and walking in the truth.
Previous True Salvation Isn’t Simple
Next For Both Jews and Gentiles: Salvation Through Christ Alone