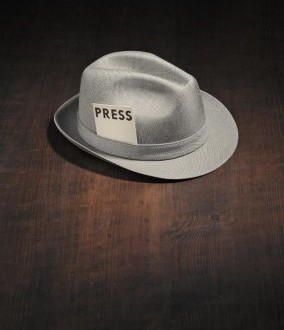 Does the agenda for the mainstream media come straight out of Hell?

Mastering the Media: A Prayer for Righteous Reports

Who is the most formidable foe of any political contender? Most would agree that it’s the mass media.

It is the media which seeks to shape and dictate the mindsets of the masses either in favor or in opposition to the candidates which respectively uphold or resist their agenda. And from where does the agenda of the media come?

The devil is known as the “prince of the power of the air” (Ephesians 2:2). Did you ever consider that this name applies to the fact that the devil largely rules the air waves, the internet, and what is broadcast on satellite television? For decades, Christians and political conservatives have bemoaned the bias of the mainstream media. But an ungodly and vitriolic press is nothing new in America.

The rash and radical Benjamin Franklin Bache, grandson of Ben Franklin, openly insulted John Adams in his controversial newspaper, The Aurora, personally attacking him with name-calling and insults. Abraham Lincoln was regularly abused even by the (Yankee) New York press. The media savaged Ronald Reagan, one of America’s most beloved contemporary presidents, refusing to give him any credit for bringing down the Iron Curtain and casting all the blame of homelessness at his feet.

It is my personal observation that the more a candidate is a threat to the kingdom of darkness, through his integrity, his boldness, and his initiatives, the more viciously and repeatedly the media attacks. It is time to see the power of the press through the eyes of spiritual warfare.

Jesus called the devil “the father of lies” (John 8:44). There are many believers who are ignorant and apathetic as to the source of their news. As such, they easily can come into agreement with the devil’s lies breathed through the media. Therefore, a Christian can be deceived not through any flagrant sin, but through repeatedly hearing and believing the wrong voice.

It is imperative that Christians become discerning about our news sources. The Bible exhorts us to be as wise as serpents and as harmless as doves (Matthew 10:16). We must watch all news with a filter. Even sources that we trust must be viewed through the lens of the Holy Spirit, and the questions kept in mind, “What is the agenda here? What is this agency’s reputation? Is there more to the story?”

Obviously, we can’t know every detail that has been omitted or added or twisted in a news story. But we can ask for the Holy Spirit’s wisdom. He will bear witness to what is true and dismiss what is false, because His role is to guide us in all truth (John 16:13, 1 John 2:27).

I often pray the Psalms over the media as a godly and powerful means to dismantle the powers of darkness. A specific proclamation that I felt the Lord gave me, to declare over various media outlets, was “You will prosper the kingdom of heaven or you will not prosper.” Indeed, I have watched the mainstream press slowly and steadily lose ratings over the last several years, even as their rhetoric increased. In the natural this makes little sense, because poor ratings means poor financial return. But stronger than the drive of mammon, many organizations simply cannot help but report what their boss, the Prince of the Power of the Air, dictates.

How do you see the press distorting or exalting their own interests? Are these interests those of the kingdom of God, or of the evil one?

Emily Tomko's radical encounter with the Lord while at a nightclub changed her life forever and inspired her first novel, College Bound: A Pursuit of Freedom. She is the author of seven books, including 31 Thoughts on Prophecy and Leaving the Shallows: igniting the faith that overcomes the world. Her tastes tend toward vintage and she's a Germanophile, having spent a year in Bremen and Nuremberg. Emily loves the scriptures and writes with fierce compassion and a deep desire to see people freed from the miry clay of this world and walking in the truth.
Previous There Isn’t a “Bang” Big Enough!
Next Prayer Keeps Hope Alive