Breaking News
Home / Faith / For Both Jews and Gentiles: Salvation Through Christ Alone 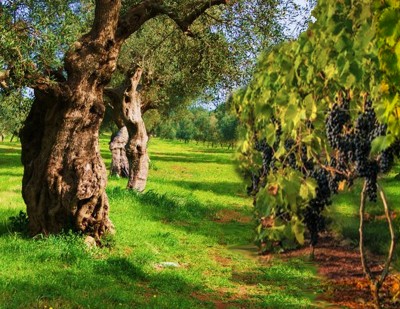 For Both Jews and Gentiles: Salvation Through Christ Alone

I am the vine; you are the branches. Whoever abides in me and I in him, he it is that bears much fruit, for apart from me you can do nothing. If anyone does not abide in me he is thrown away like a branch and withers; and the branches are gathered, thrown into the fire, and burned. John 15:5-6.

Jesus is the vine, and we are the branches, good branches can be grafted in, bad branches can be pruned and burnt. Jesus as the Vine is a good representation as to how we all can be saved through Him. If your ancestry is Abraham, the Jewish people, then you are part of God’s Promise to Abraham:

This promise, given to Abraham was to stand forever, God does not back out on His promises, but the children of Abraham did not stay true to their part of the bargain, they continued to be a hard-headed, stubborn people and often strayed from God’s protection, so God had to send His only Son to bring them salvation. When Christ was not accepted as the promised Messiah, many of the Jews were cut off from God, and God allowed the Gentiles to gain Abraham’s promise, in part to cause jealousy from the Jews: “I say then, Have they stumbled that they should fall? God forbid: but rather through their fall salvation is come unto the Gentiles, for to provoke them (the Jews) to jealousy” (Romans 11:11).

All that remains for the Jews is to believe and accept Christ as their savior. If you are not of Jewish decent, you can only be saved through adoption, or by being grafted into the vine, chosen by God to receive salvation. As a Jew who refuses to accept Christ, you will be pruned from the vine and cast into a fire to be burned up, but anyone who turns away from their unbelief can once again be grafted back into the vine.

That does not make the Jews inferior to the Gentiles, it simply illustrates that even the Gentiles who choose to believe in the salvation brought through Christ’s sacrifice, can become children of God. In the same token, that does not make the Gentiles any better, but opens the chance for anyone to be saved and reconciled to God, otherwise God would destroy us all. Once we accept Jesus into our lives, we are grafted into the vine and we can live forever as God’s chosen people. Once grafted, in we will be nourished by God through the Vine. We didn’t earn the right to be grafted in; it is God’s grace that gives us that privilege.

But if some of the branches were broken off, and you, although a wild olive shoot, were grafted in among the others and now share in the nourishing root of the olive tree, do not be arrogant toward the branches. If you are, remember it is not you who support the root, but the root that supports you. Then you will say, ‘Branches were broken off so that I might be grafted in.’ That is true. They were broken off because of their unbelief, but you stand fast through faith. So do not become proud, but fear. For if God did not spare the natural branches, neither will he spare you. Note then the kindness and the severity of God: severity toward those who have fallen, but God’s kindness to you, provided you continue in his kindness. Otherwise you too will be cut off. And even they, if they do not continue in their unbelief, will be grafted in, for God has the power to graft them in again. For if you were cut from what is by nature a wild olive tree, and grafted, contrary to nature, into a cultivated olive tree, how much more will these, the natural branches, be grafted back into their own olive tree? Romans 11: 17-24 (ESV)

As a child of God have you ever realized that the unbelief of the Jewish people is what earned you the chance for salvation? How thankful are you that God’s will always works out for the best?

Tim is a self-published author. His genre is Christian Fantasy- he loves the challenge of trying to combine Christian and Fantasy into a novel that loses none of it's spiritual value. Tim has been an active member in every Church he has attended. He has served as Head Usher, a Sunday School Teacher, and a Youth Director, and has also served as a Church Elder. Tim's prayer is that the Holy Spirit will minister through his words, and that his experiences and knowledge will be helpful to someone out there who needs a true friend like what we have in Christ Jesus.
Previous A Candidate with a Jehu Anointing
Next 5 Reasons to Ditch the American Dream and Own Less