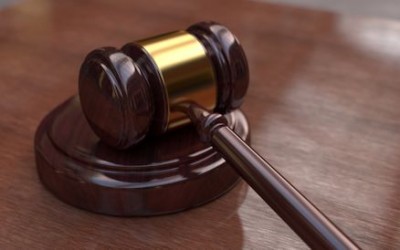 A Court That Keeps Felons OUT of Prison

Is there a place to go for people who commit felonies other than prison? There is in Yakima, Washington. It is called Mental Health Court. If a person who has committed a crime has a mental disorder they may qualify to be rehabilitated without being behind bars. The program combines diagnosis of a treatable mental illness with weekly accountability court appearances.

Too often what happens, according to an article in the Yakima Herald Republic, is that “suspects repeatedly cycle through the system simply because they haven’t been evaluated or treated.” A team of mental health specialists recommends to a judge who should be admitted into the program. This new approach to dealing with criminals was initiated in May of 2013.

The first graduate, whose name is being withheld, recently received his certificate of completion from a local judge. Along with this was a dismissal of his felony charge. The young man said, “I became a better person in every aspect of my life by learning to make better decisions.” He will stay out of jail as long as he takes his medication. Not only that, he intends to go to work for Habitat For Humanity, an organization that builds houses for low income people.

Building lives, though, is what it is all about. Many people are in a prison of their own making. They are bound by the chains of addictions, and in pits of depression. God sent his son, Jesus, to rehabilitate individuals, that they may be free to live as he intended. God wants to keep people out of prison. Jesus said in John 10:10 that he came that you “might have life and have it more abundantly.” He wants you, dear friend, to experience hope, peace, and purpose. Are you part of God’s rehab program? We all need to be to some extent, for “all have sinned and fall short of the glory of God” (Romans 3:23), but God loves us so much that “while we were yet sinners” he died for us(Romans 5:8). When you call upon him for your salvation, the Holy Spirit will enter your being and give you a new character. You won’t have to spend time in your prison of addictions, depression, and destructive behaviors.

Is there something in your life that is keeping you in bondage? Allow God’s power and grace to transform your character so that you can live in freedom.

John Livingston Clark is 67 years of age and lives in central Washington State. He has written two published books, and two published poems. His initial book is called, " God's Healing Hope: Breaking the Strongholds of Wrong Thinking." His second book, released in December of 2016, is a motivational book written to seniors titled, " Seniors: Are You Retiring or Recharging?" Both books are available on amazon. You can also view his writings on www.faithwriters.com. John is available to speak on a variety of topics. Visit me at jclarkministries.com
Previous Prayer Keeps Hope Alive
Next God Is On Your Side and Has Your Back!