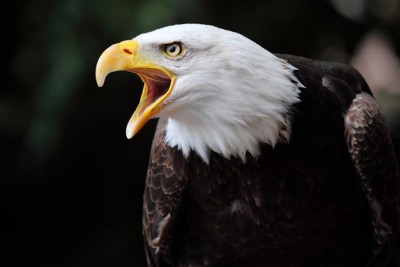 Antonin Scalia, Eagles, and the Number 13

A great mystery surrounds the recent death of United States Supreme Court Justice Antonin Scalia on February 13, 2016. He was a pillar of conservative values and an uncompromising upholder of the United States Constitution.

The same weekend of Scalia’s death, 13 bald eagles were found killed in Maryland, even though it is illegal to kill America’s national bird, with a 100,000 dollar fine for killing just one. Soon after signing the Declaration of Independence, the Great Seal of the United States was designed and adopted. The eagle was chosen as part of the emblem because of its majestic beauty, great strength, long life, and a native to North America. John F. Kennedy wrote to Charles Callison of the National Audubon Society on July 18, 1961: “The founding fathers made an appropriate choice with the selection of the bald eagle as the emblem of this nation. The fierce beauty and proud independence of this great bird aptly symbolizes the strength and freedom of America.”

So, what is the significance of the number 13? As it relates to America, there were 13 original colonies, and there are 13 stripes on the flag. Some are saying that it is no coincidence that Scalia’s life ended on February 13, and that thirteen bald eagles were found dead the same weekend. There is another side to the number 13. One writer pointed out that the Bible associates it with rebellion and lawlessness, and he gave many examples all through scripture. America has been in a prolonged state of rebellion and lawlessness.

Some people are asking the question, “Is the death of Scalia, a strong supporter of the constitution, 13 bald eagles, symbols of American strength and independence, and the number 13, taken together, all warning signs that America, “the land of the free and home of the brave,” is dying a slow death from its conservative morals and spiritual fabric?” Is she in a weakened state?

Justice Scalia had been invited to attend a VIP event being held on the Cibolo Creek Ranch in west Texas. It is owned by a Mr. Poindexter, a generous supporter of the Democratic party. Scalia was found dead the next morning in his bed, with a pillow covering his head. No autopsy was performed. Because he was a staunch supporter of the constitution and Obama is not, some people are going so far as to speculate that it was all planned.

What does the Bible say about all of this?” It is, indeed, very interesting that Revelation 8:13 (there’s that number again) says, “And I looked, and I heard an eagle flying in mid-heaven, saying with a loud voice,’Woe, woe, woe, to those who dwell on the earth, because of the remaining blasts of the trumpet of the three angels who are about to sound.'” It is interesting that John, the Revelator, used an eagle in his vision given by God, to deliver a warning to the whole world. I recently came across two articles entitled:

“The World Is Getting Worse, But This Time America
Won’t Save It”

“Is The Sun Setting On America Superpower Status?”

Revelation 9-11 goes on to describe, in great detail, events which will occur, some literal, and some in symbolic form, over which America will have no control. Is America in a weakened state? Is this the message behind the death of Antonin Scalia and 13 bald eagles, along with the significance of the number 13? Some people think so. What do YOU think? Is it a warning of the death of America’s strength and independence?

There is only one way to save this nation. Put our faith and trust in God. Then this nation will return to her moral and spiritual foundation. It will once again soar like an eagle in freedom and power.

John Livingston Clark is 67 years of age and lives in central Washington State. He has written two published books, and two published poems. His initial book is called, " God's Healing Hope: Breaking the Strongholds of Wrong Thinking." His second book, released in December of 2016, is a motivational book written to seniors titled, " Seniors: Are You Retiring or Recharging?" Both books are available on amazon. You can also view his writings on www.faithwriters.com. John is available to speak on a variety of topics. Visit me at jclarkministries.com
Previous Waiting on the Wheels: God’s Perfect Justice
Next The Gates of Heaven