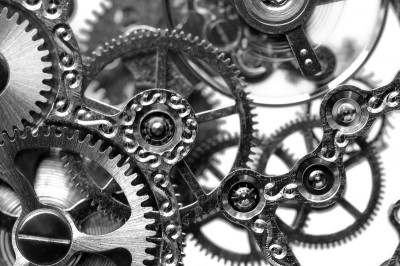 “Truly God works in mysterious ways. The wheels of His mercy and justice move quietly, but they do move.”   Billy Graham

Built into the human spirit is a quest for justice. Many have given their lives to the service of justice, but the path to that end is long and winding, with twists and turns and vast open places of waiting. Even God’s Word describes the wait for justice as a painful one that has even the rocks “crying out.”

Many have suffered the pain of justice delayed. In our country the McMartin Preschool Abuse Trial takes center stage as the longest criminal trial in American history.  Seven people were accused of child sexual abuse and criminal cult practices. A total of 208 counts were brought against the day care’s owner, and six other  workers including its founder.  Seven years, two trials, and $15,000,000.00 later, all the accused were acquitted of any wrongdoing. For these innocent accused, the record shows a path  filled with ever-wilder accusations and attempts to pervert justice. Accusations that grew as time went on. One worker sat in jail for five of the seven years until bail was set. The pain and stress of waiting on the slow-moving wheels of American justice must have been excruciating!

When we look to God for justice in our own circumstances, in the social issues we face as a society, or in the lives of others who we care about, we can take comfort from the scriptures:

For he has set a day when he will judge the world with justice by the man he has appointed. He has given proof of this to everyone by raising him from the dead.” Acts 17:31

And will not God bring about justice for his chosen ones, who cry out to him day and night? Will he keep putting them off? Luke 18:7

God loves justice even more than those who wait to see it manifested here on earth. He has a day already set when He will judge the entire world–every injustice. The proof of this is in His appointment of Jesus, His Son, as Judge. The very One He raised from the dead. This is our comfort in the waiting–He has the power to raise Christ from the dead so surely He has the power to bring true and complete justice to those who wait for it. A day is coming when every wrong will be made perfectly right…

Have you experienced the pain of waiting for justice to prevail? Even Jesus waited for justice–trusting Himself to the One Who judges justly … will you put your trust in Him too?

My husband Dan and I have three children and three grandchildren. We live in central Illinois. I am a graduate of The Institute of Children's Literature, a member of faithwriters.com, and a member of SCBWI. My writings have been published at chirstiandevotions.us, in DevotionMagazine, the PrairieWind Newsletter, and here at thebottomline.co.
Previous Lord, Change Me First!
Next Antonin Scalia, Eagles, and the Number 13