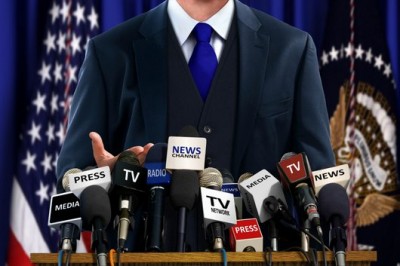 The first Republican Presidential Primary Debate is scheduled for August 6, 2015. While it is estimated that there may well be a total of 16 running in the primary by that time, Fox News has made a decision to include only the top 10 candidates, using the most current polls.  This is only one of the many debates being scheduled for both the Republican and Democratic candidates.

Seeing as we have a wealth of candidates to choose to support, or not, I think it important to address the way in which we make our choices.  I have been highly disturbed by social media posts I have seen recently, and I will attempt to explain, and to expound a wee bit.

One post in particular was comparing Democratic, Independent, and Republican candidates they had voted for in the past.  It seemed this voter was never really sure about where the candidates stood on all the issues, so looked for those who seemed to be in agreement with the ideals and policies this person was fond of.  Now while these are indeed very important elements to investigate, there is still one huge area the writer failed to address–the party platform.

We can all look at different candidates from each party and find something about nearly everyone we like or dislike.  But even if we find what appears to be a perfect candidate, if we do not go a step further and check out the basic beliefs and mission of the party itself, we may be in for a real surprise later on.

For instance, it is commonly known that the Republican Party generally stands for smaller, more limited government, abortion abolition, welfare reform, lower taxes, and other more conservative activities.  When we look at the Democratic Party, we see they are more interested in expanding government and its powers, more social/welfare programs, tax increases, women’s rights, and more liberal activities.

The American Independent Party declares very conservative viewpoints, such as literal interpretation of the U.S. Constitution, closing and protecting the borders, immigration reform, pro-life legislation, etc.  It very closely resembles the platform of the Republican Party, but Independents are more likely to want to focus more on activities here in our own country, and to not interfere with the way other governments operate.

At issue here is that some voters are looking at the individual, and not for what their party of choice stands for.  If a voter is a Christian, and likes a Democratic candidate, for instance, it would be a good idea to fully vet how this candidate looks at abortion.  Is the candidate pro-life, or pro-choice?  The Bible is clear about bringing harm to children, and about life being sacred.  So how does one align their liking of a candidate if that candidate is pro-choice, which means an acceptance of abortion?

I could go on and on, but I think you get the point.  It is also well to remember that many candidates will develop their own personal platform, and use that to campaign with.  They make promises, some of which they intend to keep, but many that realistically they cannot keep.  Yet they will still promise them, and if these promises appeal to the voter, they may be easily swayed in their vote.  What a disappointment later when they find out how their candidate chooses to perform once elected.

It is wisdom that is called for here.  Godly wisdom.  God wants us to partake in our governmental systems, but He wants us to do so wisely.  So take the time to really search out the best candidate, to understand what the candidate, and his/her party, really stands for, and try to envision what their real goal is. Is it to be who they say they are, or is it just a ruse so they can take office and do what they want to do?  We elect our government officials.  It is our responsibility to vote with wisdom.

“I will guide you in the way of wisdom and lead you along straight paths.  When you walk, your steps will not be hampered; when you run, you will not stumble,” says the LORD.  (Proverbs 4:11-12 NIV)

How do you choose your candidates of choice? Please comment here, or go to www.mystoryofgrace.com, and share you process with us!

Lili lives in central North Carolina. She writes devotionals and Christian articles and has been published in e-magazines, newsletters, and articles. She is a member of Faithwriters.com. She and her husband Chuck love to travel, and are animal lovers as well. They are active in their local church. Lili credits God for any inspiration that allows her to write. It's all about Him!
@@ohiolili
Previous Parents, Please Let Your Children Fail
Next The Emptiness of Religion