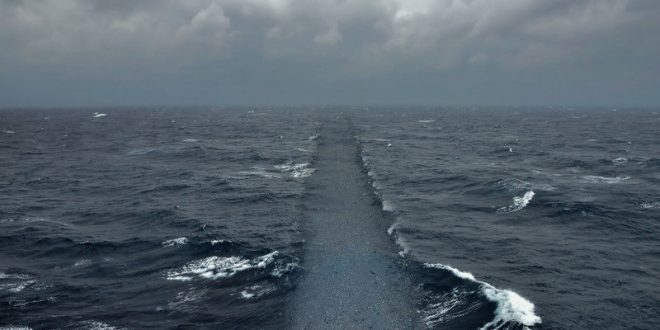 The Exodus Crossing of the Red Sea: Fact or Fiction?

The crossing of the Red Sea in Exodus is one of the most profound stories ever told. It is taught to children in churches. It was made into a movie. Is there evidence that this really happened? For those who take the Bible literally combined with the supernatural power of God, there is no problem believing it. For those who don’t, is there archaeological evidence for it?

Stories have been posted on websites. The problem is that some news sites are phony. Others are not reliable sources. Some deny any evidence and say that the sites that report the remains of this event are false. A person does not know what to believe.

The question of whether or not the crossing of the Red Sea as told in Exodus literally happened as an event in history has now been resolved. An article was published in October 2014 by the Egypt Antiquity Ministry, based in Cairo, obviously a very reputable source. It would do this organization great harm to make up such a story.

The article, “Red Sea: Archaeologists Discover Remains of Egyptian Army From the Biblical Exodus,” tells that around the Gulf of Suez, near the city of Ras Gharib, a gigantic mass of human bones were seen, “darkened by age.” Four hundred different skeletons, along with weapons, pieces of armor, and two war chariots were located. That is not all. The article pointed out that the evidence reveals that whatever happened, occurred on dry ground, a result of a tidal wave or mudslide, because there are no remains of ships that sank. How close does this match the biblical account recorded in Exodus?

Beginning in Exodus 14:22 we read, “And the sons of Israel went through the midst of the sea on dry ground, and the waters were like a wall to them on their right and on their left. Then the Egyptians took up the pursuit, and all Pharaoh’s horses, his chariots, and his horsemen went in after them into the midst of the sea…Then the Lord said to Moses, ‘Stretch out your hand over the sea so that the waters may come back over the Egyptians, over their chariots and their horsemen‘…And the waters returned and covered the chariots and the horsemen, even Pharaoh’s entire army that had gone into the sea after them; not even one of them remained” (emphasis mine).

The evidence is proof that something catastrophic happened. If it wasn’t the Egyptian army that perished, then what was it? To my knowledge there has never been another reported crossing of the Red Sea that ended in such a destructive manner. It forces the skeptics to take a hard look at the historical literalness of scripture and the supernatural power of God.

Folks, the Bible is true. Jesus Christ came to redeem humanity by dying on the cross and rising from the dead. You can stake your eternal destiny on it. It offers peace, hope, and security in the midst of today’s troubled world.

The evidence is very convincing.

What are some of the amazing stories in the Bible that you rest your faith on?

John Livingston Clark is 67 years of age and lives in central Washington State. He has written two published books, and two published poems. His initial book is called, " God's Healing Hope: Breaking the Strongholds of Wrong Thinking." His second book, released in December of 2016, is a motivational book written to seniors titled, " Seniors: Are You Retiring or Recharging?" Both books are available on amazon. You can also view his writings on www.faithwriters.com. John is available to speak on a variety of topics. Visit me at jclarkministries.com
Previous Benefits to Becoming More Thankful
Next Disagreeing with Respect