Breaking News
Home / Politics / How Should Christians Prepare for the Future? 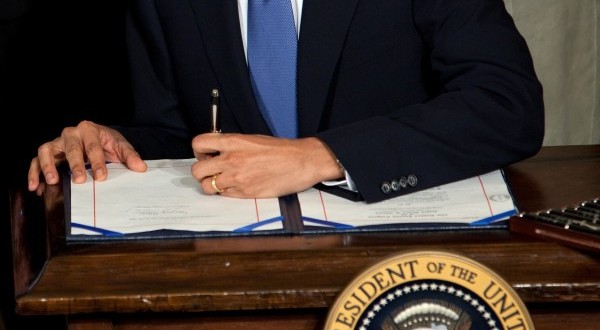 How Should Christians Prepare for the Future?

In civilian life, they’re called survivalists, or “dooms dayers.” They plan and stockpile necessities to live in the event of some calamity. Their basements may contain several years worth of food, generators, ham radios, and weapons.

You may or may not know if your neighbor is a survivalist. A survivalist probably would not care to see you on their doorstep when a disaster occurs. It’s not that they are selfish, uncaring people. They are just thinking about providing for their family.

The survivalist will not rely on anyone to take care of them. They won’t need to beg, borrow or steal.Their emergency plans are in place for the yet to be defined, cataclysmic event. Publicizing their inventory and their plans, could invite trouble and jeopardize their own survival.

Thieves, or perhaps even the government, may decide to take advantage of your preparedness.

The government has its own type of preparation in the form of the president’s Executive Order 13603. The National Defense Resources Preparedness EO gives the president and his appointees to an unelected “Defense Production Act Committee,” disturbingly vast powers.

There are no less than 17 members of the DPA Committee, they are:

The Secretaries of: (1) State, (2) Treasury; (3) Defense; (4) Interior; (5) Agriculture; (6) Commerce; (7) Labor; (8) Health and Human Services; (9) Transportation; (10) Energy; and (11) Homeland Security;
(12) The Attorney General; (13) The Director of National Intelligence; (14) The Director of the Central Intelligence Agency; (15) The Chair of the Council of Economic Advisers; (16) The Administrator of the National Aeronautics and Space Administration; and (17) The Administrator of General Services.

Each member must analyze and submit an assessment report on their particular area of responsibility. They will be given authority over every area of our lives.

I think we can all agree that the nation does indeed, need to be prepared in the event of a national emergency. It is wise to have plans in place to protect the nation and its interests. Planning for the future and any possible threats is pro-active.

The devil, however, is in the details.

The Secretary of each agency is given the authority to plan for and issue regulations, to prioritize and allocate resources, and establish standards and procedures by which the authority shall be used to promote the national defense, under both emergency and non-emergency conditions.

In my previous article, I looked at President Roosevelt’s Executive Order that resulted in the confiscation of gold. It is unsettling to think that US citizens were compelled to relinquish their gold assets to the government.

President Obama’s  Executive Order 13603 took it to an entirely new level. One needs only review Part III General Provisions, to come to the logical conclusion that power to control and/or confiscate just about everything is inherent in the text.

One may believe, “In times of war, you do whatever is necessary.” Perhaps. This order clearly states, however, that it is effective in peacetime as well.

Trust should accompany such levels of power, and even then it is still risky. Has anyone in Washington earned that degree of confidence?

John 12:36 says, “Put your trust in the light while there is still time; then you will become children of the light.” After saying these things, Jesus went away and was hidden from them. (NLT)

Have you put your trust in Jesus? If not, in whom do you place your trust?

Melinda is currently the worship leader at her small church in rural America. Married for 23 years, she and her husband Larry have one son. She is the Director of Mailing in the print/mailing industry by day and freelance author by night. Her desire to write is a passion borne from tragedy. God used it to take her faith to a much deeper level. Melinda is a freelance writer and member of FaithWriters. She joined the TBL team in March 2014. Believing we are citizens of a greater ‘kingdom,’ her articles for The Bottom Line examine governmental responsibility, citizen involvement and current political topics. With the great wisdom contained in scripture as her guide, she looks at today’s political environment from a Biblical perspective. She prays her words will prompt the reader to view citizenship - and every aspect of their life, through the eyes of faith. Col 3:17 To read more of Melinda’s writings on her faith, hope, and life visit her blog Still Living Still Loving or her page at Faithwriters.com. You can also follow her on Twitter @MKZbk.
@@MKBzk
Previous Surviving ISIS: An Encouraging Story From Iraq
Next So, You Are A Christian?