Breaking News
Home / Faith / So, You Are A Christian? 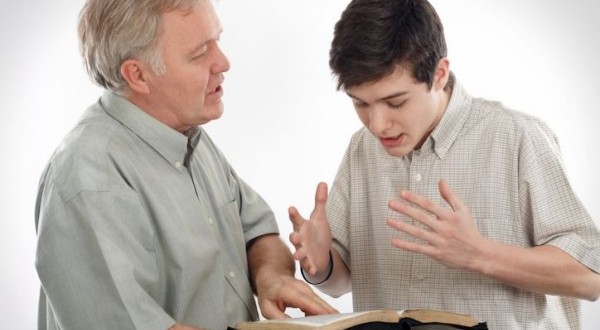 So, You Are A Christian?

It is time for people to think through how they would respond if someone were to ask, “Are you a Christian?” Unless you know the person has good intentions, careful attention needs to be given to the answer. Today, the individual asking that question might be a “Christian hater.”

We are told in II Timothy 4:2 to “preach the word…reprove, rebuke, exhort, with great patience and instruction.”  Along with this it says in II Timothy 2:24-26 to “not be quarrelsome, but be kind to all, able to teach, patient when wronged, with gentleness correcting those who are in opposition, if perhaps God may grant them repentance leading to the knowledge of the truth, and they may come to their senses and escape from the snare of the devil, having been held captive by him to do his will.”

There is one more passage to look at, found in I Peter 3:15-16,   which says to always be ready “to make a defense to everyone who asks you to give an account for the hope that is in you, yet with gentleness and reverence; and keep a good conscience so that in the thing in which you are slandered, those who revile your good behavior in Christ may be put to shame.”  There is that word “gentleness” again. It also says that they may be put to shame. That is really strong language, but is what this scripture says!

Here is a sample conversation that could be real. (The Christian speaking is in italics).

“Why don’t you just answer my question?”  “Because being one means different things to different people. What is your perception of a Christian?”

“Going to church and being religious.” “That doesn’t make a person a Christian. Actually, the word means ‘Christ-like’ and I am far from that.”

“Since you are on that subject, Christians talk a lot about Jesus.” “So, what’s wrong with that. What do they say about him?”

“That he is the only way to God and salvation. That’s hate speech.” “Jesus said that about Himself. Christians are only quoting Him.”

“Well, Christians are very intolerant of other people, especially gays.” “Intolerant, or simply holding to their personal spiritual and moral beliefs? Christians have views that are not open to compromise just like other people of various faiths and philosophies.”

This conversation, of course, could go on and on. Not once has the Christian denied his or her faith or label. The question was never answered. The conversation is intended to get the other person thinking in a gentle and patient way. If it seems the individual is open with a favorable attitude, it could lead to sharing one’s faith with them.

If someone asks you if you are a Christian and you think that they may be out to get you, how will you respond?

"Christian haters" Are you a Christian? being a Christian means different things to different people being religious and going to church Christians are intolerant conversing with a non-Christian give a defense of the faith I Peter 3:15-16 II Timothy 2:24-26 II Timothy 4:2 not denying one's faith perception of a Christian reprove rebuke exhort with patience and gentleness standing up to anti-Christians 2015-07-23
John Clark

Tags "Christian haters" Are you a Christian? being a Christian means different things to different people being religious and going to church Christians are intolerant conversing with a non-Christian give a defense of the faith I Peter 3:15-16 II Timothy 2:24-26 II Timothy 4:2 not denying one's faith perception of a Christian reprove rebuke exhort with patience and gentleness standing up to anti-Christians

John Livingston Clark is 67 years of age and lives in central Washington State. He has written two published books, and two published poems. His initial book is called, " God's Healing Hope: Breaking the Strongholds of Wrong Thinking." His second book, released in December of 2016, is a motivational book written to seniors titled, " Seniors: Are You Retiring or Recharging?" Both books are available on amazon. You can also view his writings on www.faithwriters.com. John is available to speak on a variety of topics. Visit me at jclarkministries.com
Previous How Should Christians Prepare for the Future?
Next Does The Truth Really Matter?