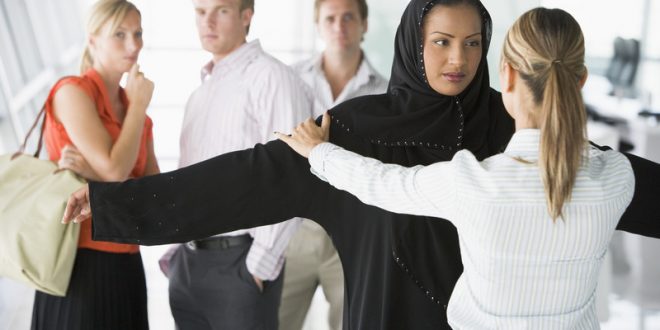 Suppose three total strangers knock on your front door. Two are nice and decent people, but one is out to get you. The problem is that you do not know who is who. Would you invite all three of them into your home?  You might rather take some time to learn about each individual and to sort out the good from the bad. You would then consider inviting the good guys in, but refuse entrance to the one who would cause trouble.

The above scenario is probably an oversimplified analogy of the current immigration issue, but it makes an important point. There must be compassion on refugees, especially those who are fleeing countries where there has been religious persecution or evil and tyrannical governments. At the same time, a nation has an obligation to protect its people from evil intruders. The temporary ban on immigration from certain countries and the building of a wall both are an attempt to allow the good in, and keep the bad out. I am sadly surprised, however, that so many are making compassion the main issue to the complete overriding of the necessity of protecting the American people. Some of these same individuals probably have fences around their yards, and perhaps even walls or security gates. Why?  One reason is to prevent any unwanted visitors from entering. Enough said on the political and social side of this issue.

Is there a spiritual factor in all of this? The Bible talks about compassion in many passages.  Here are two such examples:

Deuteronomy 15:11  For the poor will never cease to be in the land. Therefore I command you saying, ‘You shall freely open your hand to your brother, to your needy and poor in your land.’

I John 3:17  Whoever has the world’s goods, and beholds his brother in need and closes his heart against him, how does the love of God abide in him?

Are we, however, to have compassion on those who may have evil intent?  Is it wrong for Christians not to? What if the one person allowed across our borders would be the one who ends up terrorizing your community, or causes a lock down at your child’s school?  I highly doubt that your first attitude would be one of compassion.

There is a bigger picture in this immigration issue. We are engaged in a battle between good and evil. The Bible predicted that in the last days before the return of Jesus people would call evil good, and good evil. Letting all people come to our country with no regard for their intentions appears to be okay by some. The vast majority of Americans , though, are in support of this temporary ban.

President Trump was placed in power by God for a reason. He was elected to “make America safe again.” Psalm 75:7 proclaims, “But God is the judge; He puts down one and exalts another.” Government is also ordained by God, as expressed in Romans 13. “…For there is no authority except from God, and those which exist are established by God.”  Our president is seeking to weed out the bad from the good in those who come to our land, though some believe he is going to the extreme in doing so.

Yes, we can and should show compassion on those who want to come to America for noble reasons. At the same time those who have evil intentions must be given the boot. Whatever happens, we need to wait and see how all of this plays out in the long-term. It is much too soon to pass judgment. One thing is for sure; God is in control. Hopefully everything materializes for the blessing of America. Only time will tell, but God already knows.

John Livingston Clark is 67 years of age and lives in central Washington State. He has written two published books, and two published poems. His initial book is called, " God's Healing Hope: Breaking the Strongholds of Wrong Thinking." His second book, released in December of 2016, is a motivational book written to seniors titled, " Seniors: Are You Retiring or Recharging?" Both books are available on amazon. You can also view his writings on www.faithwriters.com. John is available to speak on a variety of topics. Visit me at jclarkministries.com
Previous Is Your Marriage Facing Love’s Great Fall?
Next The Christian View Of Race Relations