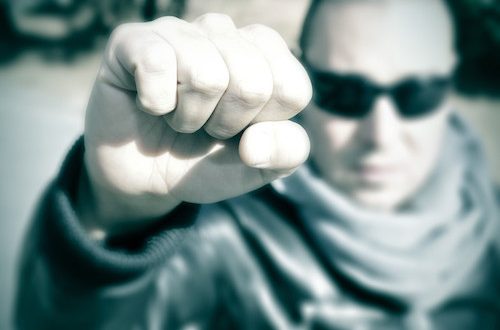 The Christian View Of Race Relations

Having spent time on both the far left and far right, and having left all political ideology behind me when I became a Christian, I feel I have a unique view on the racial tensions going on in the world today. I understand the views of the anti-racist, social justice warriors and the White Nationalists since I was once part of both those movements.

The way I see it, there are racist elements on both the far left and far right, the ones on the left promote a hatred of white people and the ones on the right promote a “white men built western civilization” style of chauvinism. Both have in common a low view of black people. The left condescend to and treat them like perpetual victims, and the right stereo-type them as criminals and welfare recipients.

The claims coming from the far left and far right is that racial tension is caused by any number of things such as European colonialism, the slavery issue, “white privilege”, immigration, ethnic displacement, “white genocide”, affirmative action and biological determinism to name the most popular excuses.

These are all legitimate racial problems in the world today and the causes on the surface seem to be complex; at least that is what those who make race a focal point of their worldview would have you believe. But they are really rather simple, we are all sinners, its as simple as that.

Our violation of the law of God is at the heart of the issue. All racial tension is caused by a worldview that does not acknowledge each other as being created in the image of God. So long as we as a society continue to view mankind as being just another animal, racial tensions will continue to grow worse.

So what can be done? Christians like to quote the verse from John that says Jesus Christ “is the way, the truth and the life, no one comes to the father but by Him” but we tend to use it as a way of asserting the exclusivity of the Christian faith as the only true religion. What I often don’t hear when that verse is quoted is what Jesus meant by “way”.

“Way” does not just mean a point of entry into the grace of a relationship with the Father, it is the worldview Jesus gave us that builds and sustains that relationship–all healthy relationships really. That worldview is found throughout scripture and it says we are not to make distinctions of each other and we are to treat others as we would like to be treated.

For instance, the epistle of James says in chapter 2:1-4:

“My brothers, show no partiality as you hold faith in our Lord Jesus Christ, the Lord of glory. For if a man wearing a gold ring and fine clothing comes into your assembly, and a poor man in shabby clothing also comes in, and if you pay attention to the one who wears the fine clothing and say, ‘You sit here in a good place,’ while you say to the poor man, ‘You stand over there,’ or, ‘Sit down at my feet,’ have you not then made distinctions among yourselves and become judges with evil thoughts?”

James 2:8-9 says, “If you really fulfill the royal law according to the Scripture, ‘You shall love your neighbor as yourself,’ you are doing well. But if you show partiality, you are committing sin and are convicted by the law as transgressors.”

Now those verses technically deal with the treatment of the poor, but the principle also applies to race relations. By treating each other differently we cause tension and create divisions where there does not need to be any. If we do as scripture commands and treat each other as our neighbor, there will be an end to all racial conflict, the question is how do we do that. Scripture tells us exactly how to do it.

Philippians 2:3-4 “Do nothing from selfish ambition or conceit, but in humility count others more significant than yourselves. Let each of you look not only to his own interests, but also to the interests of others.”

The church as a whole has always been open to everyone regardless of race. Society at large however, is not as open and it is up to us to teach the world what the scripture says. Now more than ever we need to speak up and instruct the world on how to treat others. Otherwise, the rising tensions will inevitably lead to more violence and division.

All the races that make up the church from Asian to white need to take a stand and teach both the left and the right not to show partiality. We need to be witnesses of the love Jesus Christ taught us to have.

Have you been showing partiality to others? What are you going to do to correct yourself and correct others?

Jonathan Kotyk is a student, self taught philosopher, recovering addict and born again Christian. He has spent time on both the far Left and Far Right side of the political spectrum and lives in Canada.
Previous Immigration: Compassion Versus Keeping America Safe
Next Playing to the Crowds