Breaking News
Home / Politics / Is There Really A Plan For Sending Humans To Mars? 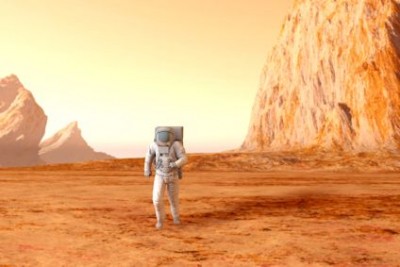 Is There Really A Plan For Sending Humans To Mars?

It’s called the “Mars One Project.” The goal is to send the first humans to the red planet by 2026. Is it real or a scam? Can it be done? This is a big dream.

John F. Kennedy had a dream which he announced on May 25, 1961 of “landing a man on the moon” by the end of that decade. On July 20, 1969, the first person, Neil Armstrong, set foot on the lunar surface, as part of the Apollo 11 mission. It was “one small step for a man; one giant leap for mankind.”

This time the dream and leap for humanity is going to Mars to begin establishing a human sustainable colony. While some are calling the whole thing a scam, only time will tell. The plan is to send  4 people to the planet in 2026 and 4 more every two years. Over 200,000 people have applied! According to one webpage, “no scientific breakthroughs are required to send humans to Mars and to sustain life there.” In April of 2015 it was reported that the NASA rover discovered liquid water below the surface. This dream was conceived by a dutch energy entrepreneur and a European Space Agency scientist Arno Wielders.

A company called Paragon was asked to do an independent study. President and CEO, Grant Anderson, formerly with NASA’s Orion Program and Boeing’s planned CST-100 manned spacecraft, said the research “led us to believe that it is an attainable goal.” Mars One CEO, Bas Lansdorp, said in response to the naysayers, “is it really a failure if we land our first crew two, for, six, or even eight years late?” The proposed mission has a price tag of 9 billion dollars, all to be privately funded.

Sonia Van Meter, wife and mother of two kids, is one of the four to be chosen for the initial crew. Even though it is a one-way trip with no chance of ever returning to earth, she stated, “The plan is not to go out there to die; it is to live” in the Mars One Surface Habitat Environment Control and Life Support System. Her husband is coming to grips with possibly never seeing his wife again. Another applicant claims it is a scam and is ripping off supporters. Is it a scam or will Sonia be one of the first humans living on Mars? We’ll just have to wait and see. Lots can happen in ten years!

There is another one-way trip that will happen for all people who have put their faith and trust in Jesus Christ. This is definitely not a scam. It is a journey to live in heaven with God for all eternity. The price is free. It has already been paid by Jesus when he died on the cross for your sins and rose from the dead. Titus 3:5 says it is “not on the basis of deeds which we have done in righteousness, but according to His mercy…” so that “you may know that you have eternal life”(I John 5:13). Do you want the adventure of a lifetime that will transcend going to Mars? What do you need to do to get ready for it?

John Livingston Clark is 67 years of age and lives in central Washington State. He has written two published books, and two published poems. His initial book is called, " God's Healing Hope: Breaking the Strongholds of Wrong Thinking." His second book, released in December of 2016, is a motivational book written to seniors titled, " Seniors: Are You Retiring or Recharging?" Both books are available on amazon. You can also view his writings on www.faithwriters.com. John is available to speak on a variety of topics. Visit me at jclarkministries.com
Previous The Cosmic Battle Between Pride and Humility
Next The Dangers of the Pan-sexual Agenda Part 3: The End Game