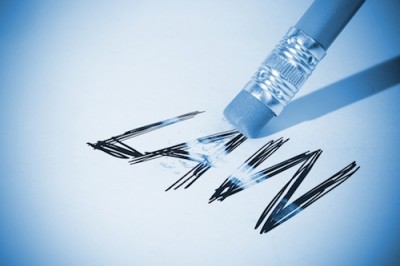 The Dangers of the Pan-sexual Agenda Part 3: The End Game

What is all of this leading to? The total abolishment of age of consent laws. After a couple years of indoctrination, a pedophile is going to say that his raping of the child was really informed consent. After all the kid, he will argue, was taught all of this stuff in school so it really was consensual. And the liberal activist judge will say it was informed consent and rule age of consent laws are a violation of a person’s rights.

But how can I know this? What evidence do I have that this is a possibility?

Well if Part 2 was not enough to convince you, I will go back to the beginning of this pan-sexual movement and show you, step by step, how perversion has become more and more accepted by society.

First, they brought into our society birth control pills, which had the societal impact of removing life from the act of sex and turning multiplication into recreation. We began to see the breakdown of the family unit, divorce laws were thrown out, and many “liberated women” threw out their families. Coming side by side along with birth control was abortion, which has devalued life to the point of meaninglessness.

Then it was time for pornography to rear its ugly head, this had a nullifying effect on the love side of sex. Where birth control removed procreation, pornography removed the emotional commitment that went hand in hand with baby making. Teaching people, primarily men, to view their sexual partners as entertainment, as meat, as toys to be used and thrown away.

But of course they could not stop there. Oh no, they had to push for gay rights. Now with the “legalization’ of same sex marriage, the once procreative and societal building block of life itself has become something equated with “evil Christians” oppressing gays.

In April 2015, Denmark voted 91-75 to criminalize bestiality. Think about that for a moment. Seventy-five politicians, at the federal level voted to keep bestiality legal. This vote was in response to the rise of “animal brothels” and animal sex shows. It is such a problem 17% of veterinarians think that animals they have treated were involved in sex acts with humans. [1]

“Members of libertarian party Liberal Alliance and Denmark’s Ethical Council for Animals, an independent advisory council, among other groups, voiced opposition to the law. Best case, this is a superficial law. Worst case, it is political populism and moralism,” Liberal Alliance’s Joachim Olsen said earlier this year.

But they will go further to protect their agenda and protect kids from evil moralists who want to impart their evil virtues and moral codes. In a move to keep parents from challenging the brainwashing, Ontario Premier, Kathleen Wynne, is making a law that makes conversion therapy illegal. So when the school brainwashes you son into thinking he is gay, transgender or one of the over 50 genders that have been invented, it will now be illegal to try and get him back to normal. But there is an even darker side to this. What happens when a pedophile warps a kid’s mind to the point that they think they are in a relationship and are not the victims of a child molester; it will be illegal to try to shut down that relationship. [2]

Right now, Ontario Canada, is the testing ground for the sexual indoctrination of children into the pan-sexual (nothing is taboo) agenda, and already they have a law in place that prevents anyone under 18 from receiving therapy to counter whatever they are brainwashed into thinking they are.

God is our sovereign ruler, it is His laws we must obey; they are higher, more just and are the driving force behind a moral and well-ordered society. Those laws we have abandoned, we have given into the sickness of the Left, we have submitted to evil.

Someone once wrote: “No action is exempt from moral judgment; no activity can be despoiled of the value which a moral purpose confers on all things.”

What this means is that we must daily seek to do morally virtuous actions and to ensure all of our choices are for the good of all. Is our submission to the evil of today good for us? No, it is not. It is highly destructive and leaves us confused about what is good and what is evil. The only way back from this pit of filth and depravity we are sinking into is to return to Jesus. Only through Him will we have the power to rebuke these evil people who are seeking to defile all that is good in this world.

Isaiah 5: 20 “Woe unto them that call evil good, and good evil; that put darkness for light, and light for darkness; that put bitter for sweet, and sweet for bitter!”

What action can you take to pursue and promote God’s moral law in your family, community and world?

Jonathan Kotyk is a student, self taught philosopher, recovering addict and born again Christian. He has spent time on both the far Left and Far Right side of the political spectrum and lives in Canada.
Previous Is There Really A Plan For Sending Humans To Mars?
Next 5 Ways Purging Expands Your Bottom Line