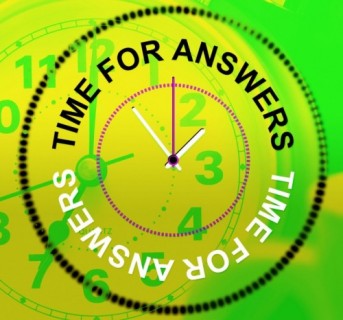 Land of the Free and Home of…Dysfunction?

America has always been known as the greatest nation on the face of the earth unfortunately it has its fair share of problems.

In spite of all the problems we have here, there are those who come here illegally because they realize what we seem to have forgotten – or that we now take for granted.

Differing opinions on how to solve our nation’s problems, and how much of it is the government’s responsibility to fix, have caused deep divisions throughout the country.

I am an individual liberty proponent and a big fan of the framers of the Constitution. It was brilliant how they crafted the document. Just as we do today, however, they had deep divisions among the colonies they were hoping to unite. But because their desire for liberty was stronger than their differences, the colonies stood together to declare their independence.

Our United States are, nationally, what we are relationally – somewhat dysfunctional. In our humanity, we make wrong decisions and we sin against God and our fellow citizens.

The same humanity that allows some to sin against our brothers and sisters also drives our compassion and desire to give a helping hand to those in need. The church used to care for the poor and lead people to freedom from bondage through Jesus Christ. Government has taken the place of the Church.

It used to be people were too proud to take charity. When the charity comes from the government it becomes expected not looked at with disdain.

Maybe the increasing number of problems we are experiencing as a nation are due, in part, to the fact that we are drifting farther and farther from God. Somewhere along the line our individual liberty has taken precedence over the One who gave us liberty.

If anyone cares to find them, the answer to every problem can be found in God’s word. Perhaps instead of putting our faith and trust in men or women, we should once again look to the wisdom of the Creator of the universe.

Mark 12:30-31 And you must love the Lord your God with all your heart, all your soul, all your mind, and all your strength. The second is equally important: ‘Love your neighbor as yourself.’ No other commandment is greater than these. (NLT)

Where do you seek wisdom? Have you looked to scripture to help you solve a problem? When is the last time you shared wisdom from the Word?

Melinda is currently the worship leader at her small church in rural America. Married for 23 years, she and her husband Larry have one son. She is the Director of Mailing in the print/mailing industry by day and freelance author by night. Her desire to write is a passion borne from tragedy. God used it to take her faith to a much deeper level. Melinda is a freelance writer and member of FaithWriters. She joined the TBL team in March 2014. Believing we are citizens of a greater ‘kingdom,’ her articles for The Bottom Line examine governmental responsibility, citizen involvement and current political topics. With the great wisdom contained in scripture as her guide, she looks at today’s political environment from a Biblical perspective. She prays her words will prompt the reader to view citizenship - and every aspect of their life, through the eyes of faith. Col 3:17 To read more of Melinda’s writings on her faith, hope, and life visit her blog Still Living Still Loving or her page at Faithwriters.com. You can also follow her on Twitter @MKZbk.
@@MKBzk
Previous Behind Disappointment: Obsession & Idolatry
Next Meatless Madness or Healthy Habit?