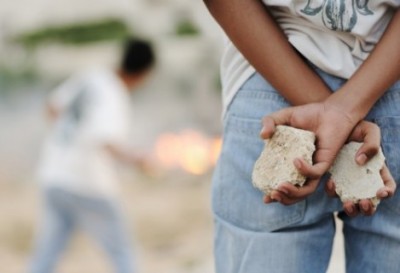 What Mainstream Media Isn’t Telling You About Gaza

Here are some of the facts you may not see on the mainstream news media about Hamas and the conflict in Gaza.

1. Hamas wants to restore the Islamic Caliphate (Empire).  The son of one of the Hamas leaders spoke to CNN disclosing Hamas’ desire for a world empire.  Hitler also had such ambitions.

2. Hamas wants to completely wipe out the Jewish race.  Sound familiar?  Hitler had a similar goal.  For Hamas, the Jews stand in the way of their ultimate goal of a world empire and are ultimately just the beginning (see the above video).  If they succeed in annihilating the Jews, they will then proceed to go after the next group standing in their way…

3. Children’s programing in Palestine teaches children to hate Jews.  If they see a Jew, they are told to punch and throw rocks at them.  Part of the “admirable” job of a policeman is to kill Jews.

4. The Palestinians view dying for the cause to be an honor.  They are taught from the youngest age that to die for Hamas and what it stands for is a means of salvation.  Casualties that make Israel look bad promote the cause.

5. Hamas intentionally places their rocket launch pads in public places.  Someone posed the question: if a school is being used to store military weapons and equipment and to launch a military offensive, is it still a school?

The fact is, Israel is a lone Jewish nation surrounded by Islamic nations that would like to wipe them off the face of the earth.

Hatreds and prejudice abounds on both sides of the issue and it is easy to get drawn into it.  What is the Christ-like response to all of this?

First of all, let’s recognize the fact that historically, proclaimed “Christians” haven’t been a very good witness to either Muslims or Jews.  The Crusades only served to fuel the hatred of Muslims and understandably so.  Regarding Jews, “Christians” have persecuted them at various times throughout history, including during the time of Martin Luther and the Protestant Reformation.

Rather than engage in the same mistakes made by the mainstream “Christian” community in the past, here are some guidelines from the Bible:

2. Ephesians 6:12: Our struggle is not against flesh and blood…but against the spiritual forces of wickedness in the heavenly places.  The people we see doing evil are not the enemy.  We are called to recognize that the true enemy does not exist in a physical form.

3. Ephesians 4:31-32: Kindness and love shown by a Christian community can go a long way.   The consulate from a Muslim country enrolled his children in a Christian International school overseas, knowing full well what kind of education his children would receive.  This is a family I hold dear to my heart and the Christian community embraced them whole heartedly.  At the end of their stay in the country, the consulate and his wife invited several teachers to a farewell banquet.  Towards the end of the banquet, the couple made the rounds, shaking hands and saying good-bye to everyone in attendance.  When they arrived at our table, his wife embraced us and told us with tears in her eyes how thankful she had been with the care and love we had shown to their children and to them.  She had not expected it from a community she knew to be Christian.

4. Romans 13:1-2 and I Timothy 2:1-2: We are to be in submission to those in authority over us and to pray for them so that we may lead peaceful and quiet lives.  Regardless of what our government decides to do in response to the conflict in Gaza (or anywhere else in the world), we are instructed to submit to that decision, knowing that we rightly face any consequences put into place by rebelling.

5. Hebrews 12:2: Regardless of what happens, we are called to run with endurance the race that is set before us, living out the life that God has called us to in the here and now.

I was born and raised in the plains of Kansas. After high school, I moved to Omaha, Nebraska where I graduated from Grace University with a Bachelors in Bible and Elementary Education and an endorsement in ESL. A couple of months later, I moved to China and taught ESL at an International school for three years. It was during this time that I became a member of Faithwriters. In 2010, I moved back to the U.S. and taught for one year on the Navajo Reservation. At the end of that year, I moved to Albuquerque where I met and married my husband. I now have beautiful baby girl and work part-time as a writer and a tutor.
Previous Saving Yourself For the One
Next Living a lie