Breaking News
Home / Politics / The Character of America: What Exactly Is It? 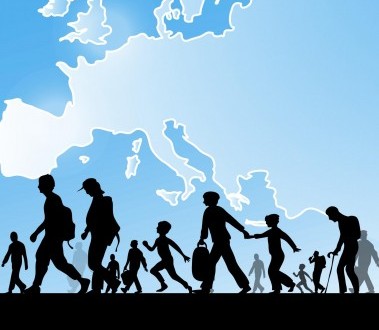 The Character of America: What Exactly Is It?

Leviticus 19:4 “You should act toward the stranger who lives among you as you would toward one born among you. Love him as you love yourself. For you were strangers in the land of Egypt. I am the Lord your God.”

Recently, our President stated that to restrict the intake of refugees from Syria would not be in keeping with the values of America. What exactly does that mean? What are the apparent current “values?” To determine the value climate, we have to consider the following topics:

America is not a theocracy. It was, however, founded on Christian principles. If it is the principles of that very foundation that are being undermined, how is our character to be defined? Our enemies refer to us as “infidels.” After a review of the list above, what would our defense be against such an accusation?

God hears our prayers. And just as He answered the prayers of the faithful in Israel, He will answer ours.

Whether or not we accept refugees–and the consequences of doing so is a political issue that, as Christians, we must entrust to God. We must, however, continue to pray faithfully for:

Mr. Obama seeks to trumpet our values without supporting our heritage. Ultimately, our government will make the decision. That decision may be done for legitimate reasons or for political ones. Our elected officials may or may not listen to our concerns. The outcome, however, is in God’s hands and it may just be the answer to our prayers.

Romans 13:8 Do not owe anyone anything, but love each other. Whoever loves his neighbor has done what the Law says to do.”

What do you think are the values that characterize our country?

Melinda is currently the worship leader at her small church in rural America. Married for 23 years, she and her husband Larry have one son. She is the Director of Mailing in the print/mailing industry by day and freelance author by night. Her desire to write is a passion borne from tragedy. God used it to take her faith to a much deeper level. Melinda is a freelance writer and member of FaithWriters. She joined the TBL team in March 2014. Believing we are citizens of a greater ‘kingdom,’ her articles for The Bottom Line examine governmental responsibility, citizen involvement and current political topics. With the great wisdom contained in scripture as her guide, she looks at today’s political environment from a Biblical perspective. She prays her words will prompt the reader to view citizenship - and every aspect of their life, through the eyes of faith. Col 3:17 To read more of Melinda’s writings on her faith, hope, and life visit her blog Still Living Still Loving or her page at Faithwriters.com. You can also follow her on Twitter @MKZbk.
@@MKBzk
Previous Can you be “A Good Samaritan” Anymore?
Next Flowers Are Not Enough, How Not to Fear in the Face of Terroism