Breaking News
Home / Politics / What Are The Characteristics Of A Leader? 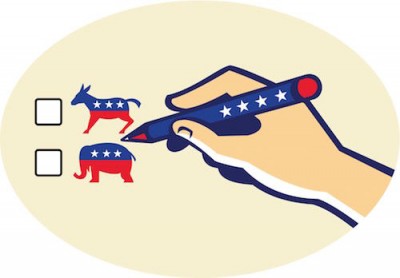 What Are The Characteristics Of A Leader?

Someone recently asked the question, “What one [word] describes the characteristic you are looking for when you vote for the next President?”

Romans 12:8 “If your gift is to encourage others, be encouraging. If it is giving, give generously. If God has given you leadership ability, take the responsibility seriously. And if you have a gift for showing kindness to others, do it gladly.” (NLT)

A President must be able to fill many roles as they execute the duties of the leader of this great nation. The differences in the personalities and strengths of our past Presidents range from subtle to outright contradictions. Some were humble and spoke softly. Some were bold and demonstrated strength through force. One in particular thought it wise to “speak softly and carry a big stick.” Another chose to trust others … and verify they were worthy to be trusted.

I don’t know that it’s even possible to narrow it down to a single desirable trait when selecting someone to be our president. This nation either wanted or needed different men at different times in history.

As citizens of the United States we may look at it from a worldly perspective. We consider the problems we believe we face as a nation and how we believe they can best be resolved. We then make a choice based on who we believe has the characteristics necessary to “fix what’s wrong in America.”

As Christian citizens we see the characteristics of the only perfect leader that has ever lived in Jesus Christ. Now, before the Freedom From Religion Foundation people rise in protest to such an outlandish statement–no, I am not advocating for a theocracy.

However, looking at the characteristics of Jesus Christ as the leader we see:

Jesus Christ led by living a life of humility, truth, respect, and love. As Christians we are to live our lives following His example.

When choosing the next President, whether a follower of Christ or not, the same qualities would serve us well.

We need a President who will:

Ultimately, God is in control and we can trust our future to Him. It is, however, our duty to learn all we can about each candidate and seek His will when making our decision.

Do you see these traits in any of our current candidates? Have you based your evaluation on personal research or soundbites and propaganda? What is one word that encompasses all the characteristics you’re looking for in a president?

Melinda is currently the worship leader at her small church in rural America. Married for 23 years, she and her husband Larry have one son. She is the Director of Mailing in the print/mailing industry by day and freelance author by night. Her desire to write is a passion borne from tragedy. God used it to take her faith to a much deeper level. Melinda is a freelance writer and member of FaithWriters. She joined the TBL team in March 2014. Believing we are citizens of a greater ‘kingdom,’ her articles for The Bottom Line examine governmental responsibility, citizen involvement and current political topics. With the great wisdom contained in scripture as her guide, she looks at today’s political environment from a Biblical perspective. She prays her words will prompt the reader to view citizenship - and every aspect of their life, through the eyes of faith. Col 3:17 To read more of Melinda’s writings on her faith, hope, and life visit her blog Still Living Still Loving or her page at Faithwriters.com. You can also follow her on Twitter @MKZbk.
@@MKBzk
Previous Cast Your Cares on God
Next Everyone Needs A Life Helper