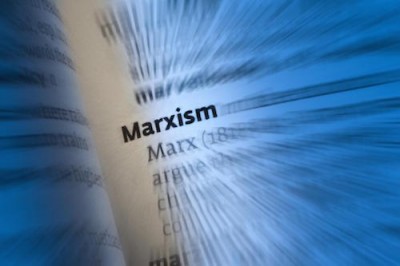 What Cultural Marxism is and Why You Should Care

Cultural Marxism, the second generation of communism, has been damaging our society for decades now. Coming out of the Frankfurt school, which instructed a generation of producers, writers and teachers in the 1960s, this ideology is responsible for the steady decline in family values, the filth on TV and in the movies. It is the driving force behind the LGBT/pan-sexual agenda, 3rd wave feminism and the insanity that goes along with that.

Cultural Marxism is class warfare applied on the cultural level.

The Urban Dictionary gives this definition: The gradual process of destroying all traditions, languages, religions, individuality, government, family, law and order in order to re-assemble society in the future as a communist utopia. This utopia will have no notion of gender, traditions, morality, god or even family or the state. http://www.urbandictionary.com/define.php?term=cultural+marxism

In order to create a classless state, all classes need to be destroyed and in Marxism, when taken to its logical conclusion, everything becomes a class. If you are heterosexual, religious, athletic, good looking, intelligent, you are of the upper-class and must be destroyed. So working through the culture, TV, movies, books, magazines, news media, theater, education and so on, they use what is called critical theory to destroy the family, traditions, religion, sexual normality and so on.

Critical theory is by Definition:

Critical theory is a social theory oriented toward critiquing and changing society as a whole, in contrast to traditional theory oriented only to understanding or explaining it. Critical theories aim to dig beneath the surface of social life and uncover the assumptions that keep us from a full and true understanding of how the world works. It was developed by a group of sociologists at the University of Frankfurt in Germany who referred to themselves as The Frankfurt School. http://sociology.about.com/od/C_Index/g/Critical-Theory.htm

Critical theory is the main weapon used by cultural Marxists to destroy society from within, thus paving the way to their communist utopia. They use it to create a relative view on everything, from religion (they are all the same), to race (race is a social construct, not biological), to gender (gender fluid and changeable), to sexuality (it does not matter who you love or what goes on in the bedroom).

But why target these things? At the burning center of Marxism is the concept of equality which nature declares to be a lie. Nobody is equal to another person, it simply is not going to happen. There will always be someone smarter, or dumber, more attractive or athletic and so on. But cultural Marxism can’t have this, because in a classless society everyone is equal. So in order to do this, they must tear down the current structure of society by lowering everyone.

They destroy Christianity and seek to merge it with the other religions of the world and create a one world religion based on works instead of on Christ and his sacrifice for the sins of the world. They seek to destroy the family by creating a state of living where both parents work and divorce laws are loose. They badmouth marriage and have children raised by the state in schools which pump their ideology into the kids heads, creating new generations of cultural Marxists.

To make the unathletic equal with the athletic, they poison the food chain with toxins and encourage a lifestyle of sitting around. They lower standards in schools and change the way children are taught as well as the content to create a generation that is incapable of thinking things through for themselves.

Most cultural Marxists do not even know they subscribe to this ideology, they have simply been told over and over again that morality is relative, that race and gender are social constructs, that a person’s sexual appetites do not matter. In the end they are unable to tell the difference between right and wrong, good and evil.

A lot of people will say this is all a conspiracy theory, but I ask you this, can you offer another explanation as to why these ideas are so ingrained in our culture and why there is a continuous decline in society, values and national cohesion? Just take a look at how TV and other forms of media shape our thoughts and ideas, then take a look at what is being put out by the media. And remember the words of Isaiah 5:20

Woe to those who call evil good and good evil, who put darkness for light and light for cdarkness, who put bitter for sweet and sweet for bitter!

Cultural Marxism is the enemy of Christianity, it seeks to undermine its moral foundations and replace it with a morally relative works based religion based on the worship of the self. It is a war on the cultural level, are you going to fight in it and what are you going to do to ensure Christ remains the focus of our civilization?

Jonathan Kotyk is a student, self taught philosopher, recovering addict and born again Christian. He has spent time on both the far Left and Far Right side of the political spectrum and lives in Canada.
Previous Good Grief? Is There Such a Thing?
Next Immanuel-”God is with Us”