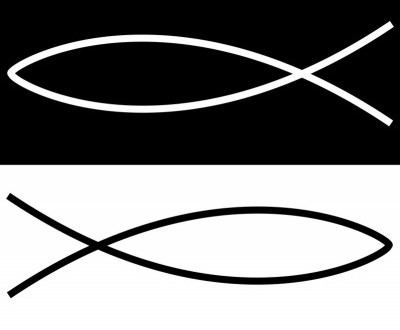 Anything that hinders us from seeing fellow human beings as made in the image of God must be recognized as sin.

The Cross of Christ is the Solution to Racial Tensions

Fifty-one years after a Republican majority senate passed the Civil Rights Act, why are racial tensions in the United States apparently worse than ever? If the nation has twice elected a black president, why are we only a step away from what feels like a boiling point?

Spiritual warfare, the knowledge that there are two kingdoms at war in the world at large, and understanding how the two manifest, or make visible, their agendas on earth, explains a great deal of how race is being used to divide humanity, even in the church. But one thing is for sure: the idea that racism is primarily an issue of skin pigmentation is a farce. Racial prejudice, be it toward Hispanics, Caucasians, blacks, etc. is foremost a cultural issue.

Friends of ours from Kenya who attended our church felt the call to move to a large city to begin pastoring a church. They initially had a great deal of problems with the people in their neighborhood, but no one would think to point to racism on behalf of our African friends. What was the root issue?  One of the primary issues was that the culture of Kenya, which extols respect, honor, and authority, was running into a head-on collision with an inner city culture that was quite the opposite.

Another friend who attends an inner city church that is multi-racial testified with tears in her eyes how the congregation had hurt each other in ways that they weren’t even aware through cultural differences. She said that they were learning to find the level ground at the foot of the cross.

I am convinced that racism in America largely is “culturalism,” and it has many roots. I am also convinced that in one way or another, even those who contrive to give the impression that they’re above such things as racism, are simply masking their own prejudices, even to themselves. However, I am even more convinced that Christ desires to obliterate all prejudice, so that we see each other as human beings, created in His image, and intensely, wildly valuable. I believe He has provided a means to overcome racism and all our cultural prejudices. But like any other wrong thinking, we need to hand over our “stinkin’ thinkin'” to Him first, and come into repentance with His outlook.

My heart’s cry for the church is that we would be unified, just as Jesus prayed in John 17, and that the Bride of Christ would truly be one in its glorious diversity of  “every tongue and tribe and nation” (Revelation 7:9). The world has tried to defeat racism, and has succeeded only in making it worse and causing deeper resentments. The world, the arena outside of Christ, cannot solve any cultural ill; it can only rearrange the problem.

Does God need to bring your racial/cultural attitudes into agreement with His?

Emily Tomko's radical encounter with the Lord while at a nightclub changed her life forever and inspired her first novel, College Bound: A Pursuit of Freedom. She is the author of seven books, including 31 Thoughts on Prophecy and Leaving the Shallows: igniting the faith that overcomes the world. Her tastes tend toward vintage and she's a Germanophile, having spent a year in Bremen and Nuremberg. Emily loves the scriptures and writes with fierce compassion and a deep desire to see people freed from the miry clay of this world and walking in the truth.
Previous Man’s Creation and God’s Handiwork
Next Rallying With Those Who Are Christ-Centered – Our Redemption Draws Nigh