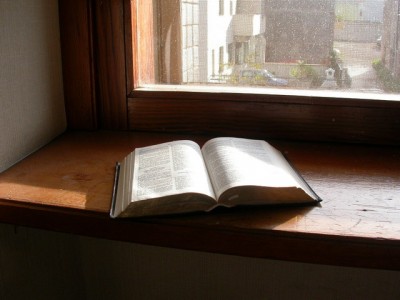 The Golden Rule Versus The Platinum Rule

You’ve heard of the Golden Rule, right? What about the Platinum Rule? The Golden Rule states, “Do unto others as you would have them do unto you.” In contrast, the Platinum Rule says, “Treat others the way they want to be treated.” Two different rules. Two different messages. So which one is right? Allow me to share a couple of scenarios, and then I’ll answer that question.

Dean is enjoying his day off and spending some time on his hobbies. Around five in the evening, Janet calls to tell Dean that her boss called an emergency meeting, and she has no idea when she’ll be home. After hanging up the phone, Dean wrestles with a decision. Since Janet didn’t say anything about dinner, he could assume that he could fix himself some dinner and let her do the same. But Dean quickly realizes that if the roles were reversed, he would greatly appreciate it if dinner was ready when he got home, so he rolls up his sleeves and gets busy in the kitchen.

David comes home from work with the news that he has been laid off. He is discouraged, depressed, and even though he doesn’t want to admit it, he’s scared. His wife, Paula, in an effort to encourage him, showers him with love and kisses. She reminds him of God’s faithfulness through other trials and tries to help him see the positive side of things. Meanwhile, David becomes angry and frustrated, storms out the door and says, “I’ll be back later.” Paula is hurt and confused. What had she done wrong? After all, she was only treating David the way she would want to be treated if the roles had been reversed. Why did he get so angry?

In each of these scenarios, the Golden Rule was carried out. In the first scene, things worked out just as we would assume they should. Janet came home to a home-cooked meal, leaving her feeling relieved and loved. However, in the second scene, Paula’s actions only led to more frustration for David. Why? Because David didn’t need or want the kind of attention Paula was showering on him. Frankly, he just needed some time to be alone and think things over, but Paula didn’t understand that. She wasn’t thinking about the Platinum Rule.

So which rule is right? Actually, not only are they both right, but they are also both Scriptural. In fact, the conflict between the two rules has led to many Scriptural debates, but the truth is that the basis for both rules can be found in the Word of God. And as you can see from the two examples above, the key comes in understanding when to use each rule.

The Golden Rule can be found in Matthew 7:12 which says:

Therefore all things whatsoever ye would that men should do to you, do ye even so to them: for this is the law and the prophets.

There are also several Biblical references to “love thy neighbor as thyself.” When Jesus commanded us to do unto others as we would have them do unto us, He wasn’t saying that that was as far as we should go. He was cautioning us to think about our actions and how we would feel if we were the recipient of those actions. If we did that, the world would certainly be a better, more peaceful place. But the message of the Bible doesn’t stop there. The Golden Rule is a good start, but there’s more.  Philippians 2:3-4 continues the lesson:

Let nothing be done through strife or vainglory; but in lowliness of mind let each esteem other better than themselves. Look not every man on his own things, but every man also on the things of others.

The Golden Rule focuses on what I want, but the Platinum rule follows this advice and goes beyond that. It encourages me not just to do what I want but to love the other person enough to find out how they want to be treated and act accordingly. It involves putting their wants and desires above my own.

Be kindly affectioned one to another with brotherly love; in honour preferring one another;

Doth not behave itself unseemly, seeketh not her own, is not easily provoked, thinketh no evil …

So, you see, both rules are Biblical, and both are necessary if we are to live peaceably one with another. The question remains, how do we know which rule to use at any given time? The answer is fairly simple though I warn you, it is not easy. Get to know your loved one well enough that you’ll know when they want to be treated the same way you want to be treated and when they prefer a different approach, and then act accordingly. When all else fails, remind yourself, “It’s not about me!”

What are your thoughts about the Golden Rule and the Platinum Rule? Do you find it more difficult to apply one than the other?

Dana is a full-time Christian author and speaker residing in Greenville, SC with her husband and two dogs. In fulfilling her call to evangelize the lost and edify the saints, Dana spends her days writing devotions, devotional books and books for children, as well as recording podcasts on various Biblical topics. She serves in many capacities at her local church, including the roles of church pianist and ladies' Sunday School teacher. Dana has a passion for souls and longs to be used of God in whatever way He deems necessary. When not writing or serving at church, Dana can most likely be found reading or hiking a nearby trail.
Previous Shining the Spotlight on Mass Shooting
Next 7 Strategies for a Strong Marriage