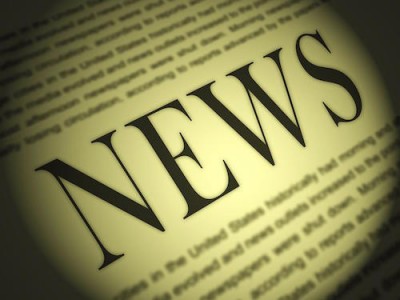 Shining the Spotlight on Mass Shooting

To say mass shooting has become a trend would be like saying rain is wet—everybody knows that. The big question is, what should we do about it? It’s obviously going from bad to worse. The occurrence of mass shootings has jumped from approximately one or two every year, to around two or three every three months. This drastic increase is just plain ridiculous. Frankly speaking, it’s time to stop counting statistics, dismiss all the speculations, and take action.

You might ask, how? Here’s one option. Stop providing media coverage for the shooters.

It’s a fact that society has begun to idolize “Express Fame.” Once upon a time, a long, long time ago, to be famous one would have to be a veteran actor or singer. To make headlines or be a guest on big-shot TV shows such as Good Morning America or The Oprah Winfrey Show, one would have to be around in the entertainment industry for a very long time, or make a significant life-changing impact. Now, to be famous, all one has to do is make a viral video or shoot up a school or business place. Even though the majority tends to go with the former, the latter is quickly becoming a trend.

Freedom of Expression
America embraces freedom of speech, but I guess one’s speech isn’t as meaningful if the whole world isn’t listening or watching. If you have something you want everyone to hear, just say it to the face of a video and then upload it to YouTube and Facebook. Don’t forget that you can post it on Twitter too, among other places. If you say it with enough humor–or probably with enough hatred–social media will make you famous!

Not to be outdone by social media, those who have a strong opinion about a particular race, religion, or organization can look to the mass media for coverage as well. These insensitive shooters aren’t clueless to the attention they’ll get. They know doing what they do will get their names plastered in headlines all over. I agree that psychology plays a role in their actions, but they’re also aware of the attention their actions will bring. I believe many are willing to sacrifice their lives to prove a point and leave their names in the spotlight—regardless of if spotlight is a negative one.

News reports revealed that the recent mass shooter in Roseburg, Oregon, was fascinated with the infamy gained by mass shooters. He even researched other mass shootings before he went out and starred in his own. This isn’t the behavior of someone with a psychiatric disorder. He knew what he wanted to do, and he wanted it to be perfect–probably even better than the last guy.

Look the Other Way
I strongly believe the frequency of mass shooting would be dramatically reduced if we all took an active part in refusing to spread the shooter’s fame. Public media should refuse to mention their names. They should be referred to as “Shooter X.” Their photographs shouldn’t be shown either and news reporters shouldn’t highlight extensive details about their background. In fact, media coverage should only take a couple of seconds to tell the world what happen. The majority of the time should be spent on the victims instead of the shooter.

We can also play a part as well. Instead of forwarding the messages about these shootings, choose to nip it in the bud. Don’t share the videos of the shooting on Facebook, Twitter or anywhere else. Refuse to give them the recognition they crave. If mass shooters know that no one will be interested in their actions and that they will be shunned, I’m confident the occurrence of mass shooting will decrease.

“You have heard that it was said to those of old, ‘You shall not murder; and whoever murders will be liable to judgment.” (Matthew 5:21)

What do you think, what are your suggestions to minimize the frequency of mass shootings?

Amelia Brown is from the beautiful island of Jamaica. She is a 28 year old Guidance Counselor by profession, but a passionate writer at heart. Most of her articles written are aimed at stimulating positive change under the guidance of the Holy Spirit. She is also a published poet and a member of Faithwriters. Outside of writing, she enjoys volunteering, cooking, and turning frowns right side up. Amelia currently lives in New York.
@ameliambrown
Previous Do You Wish God Would Just Be Specific?
Next The Golden Rule Versus The Platinum Rule