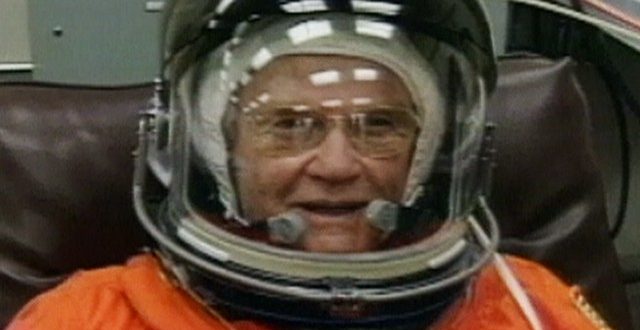 He was the first American to orbit the earth. Then, in 1998 he became the oldest person to fly in space, aboard the space shuttle. John Glenn passed away recently at the age of 95. After his shuttle flight he said, “To look out at this kind of creation and not believe in God is to me impossible.”

The author of The Psalms declares, “The heavens are telling of the glory of God, and their expanse is declaring the work of his hands” (Psalm 19:1). Job 26:7 says God “hangs the earth on nothing.”  Not only does the earth give evidence of creation; it also reveals his control and divine agenda.

As John Glenn looked out upon the earth he saw the boundaries of continents, and perhaps even some nations. Among these boundaries were the habitations of different cultures and people.

Acts 17:26 sums it up. “And he made from one, every nation of mankind to live on all the face of the earth, having determined their appointed times, and the boundaries of their habitation” (emphasis mine). However, down through the centuries, “…in the generations gone by He permitted all the nations to go their own ways” (Acts 14:16). Sadly, many nations have gone their own way, even though “For since the creation of the world His invisible attributes, His eternal power and divine nature, have been clearly seen, being understood through what has been made, so that they are without excuse.”

In contrast, II Chronicles 16:9 gives an interesting portrayal. “For the the eyes of the Lord move to and fro throughout the earth that he may strongly support those whose heart is completely His.”

John Glenn acknowledged the existence of God, and even said  it was “impossible” to deny it. The earth itself gave evidence to it.  What are some ways that physical creation gives evidence to God’s existence? Are you a person who has gone your own way, or one whose heart belongs to God?

John Livingston Clark is 67 years of age and lives in central Washington State. He has written two published books, and two published poems. His initial book is called, " God's Healing Hope: Breaking the Strongholds of Wrong Thinking." His second book, released in December of 2016, is a motivational book written to seniors titled, " Seniors: Are You Retiring or Recharging?" Both books are available on amazon. You can also view his writings on www.faithwriters.com. John is available to speak on a variety of topics. Visit me at jclarkministries.com
Previous God’s Promises in the Storms of Life
Next Christianity is a Religion for Thinking People