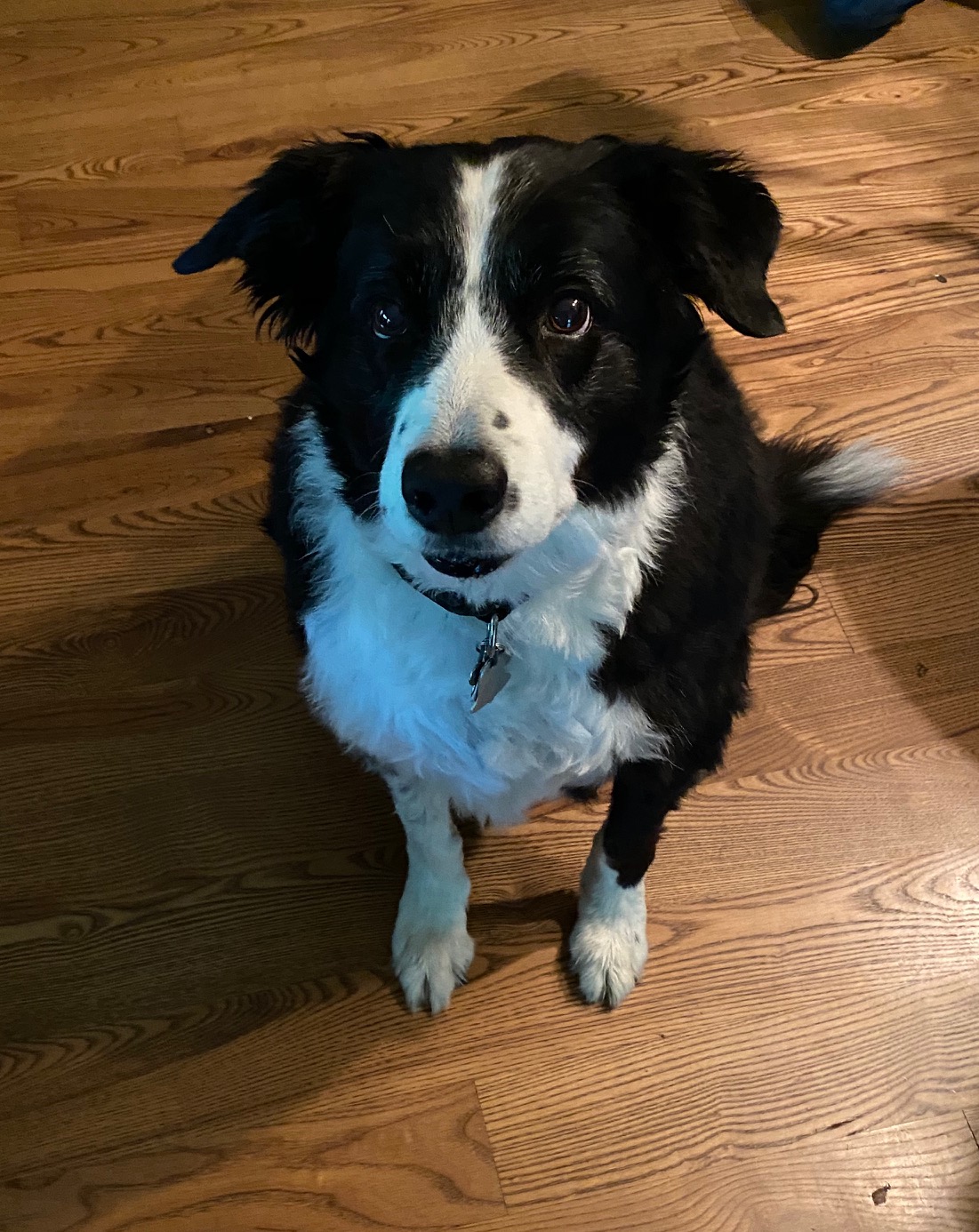 Many of us have childhood memories of dogs that touched our lives, loving companions who grew up with us, teaching us about life. We bring puppies home to our own children so that they can experience the same joy and companionship that we remember. Our dogs touch our lives in many ways. This is the story of a lively Border Collie who quite by accident, though by divine appointment, came into the lives of a couple in Tennessee and would eventually bring two families together because of one lady’s faithful prayers.

Kevin and Denise thought that they were going to a wildlife refuge to observe eagles, but they would soon meet a new member of their family—a dog they would call Dover. It was February, 2011, and the snow that fell on that day changed their plans, and their lives, when they arrived in the parking area and were met by a friendly dog with no owner in sight.

The little companion spent that snowy afternoon following his new friends around the wildlife refuge. When it came time to say goodbye, they could only hope that the dog would return to his home safely. Two days would pass before Kevin and Denise went back to the wildlife refuge ahead of a forecast for six more inches of snow—would the little collie be there, waiting? As they pulled into the parking area, they saw him, his tail wagging as if he knew they’d come back!

The hope was to find the lost dog’s owner and see them reunited with their pet, but after every attempt was made to no avail, the plan became finding a nice farm where a Border Collie could have his run of the place and do what his breed was meant to do. A veterinary visit was in order first and for that a name would be needed. “Lucky” came to mind for obvious reasons, and “Dover,” after the town in which he’d been found. Dover it would be, and he would be staying right where he was with his new family.

From that February in 2011, Dover’s days have consisted of rides in Kevin’s truck where the front passenger seat is all his! When he’s not enjoying a ride, he loves to catch a handy frisbee or tennis ball. The words “last time” tell him that it’s one final fetch, and then a run to the back door with the item, ready to go inside for a nap. Dover is lucky enough to have a creek running through the family backyard. He loves to find a sturdy rock and stand in the cool water to be refreshed from the summer heat before going inside dripping wet and very happy.  He’s been a favorite of the neighborhood children, and for years when Denise would drive on to the street at the end of a work day, there he would be, playing fetch. The years have passed, and Dover is twelve now. He is slowing down, although he still comes to the door to greet every visitor and loves their affection.

Not far from where Dover found Kevin and Denise that winter day, a lady named Becky had been faithfully praying for ten years. Her Border Collie, Sparky, had wandered off in 2011 and she wondered if she would ever find him. She prayed and hoped for some sign that her dog was okay, that someone was seeing to it that he was warm, fed, and most of all, loved. She could only hope that he’d been taken in and loved by someone. He had.

Early this year, Denise had seen a post on Facebook with a photo of the Cross Creek Wildlife Refuge. It caught her eye because that was where Dover had been found all those years ago. She posted a reply that included a photo of her collie, and Becky’s prayers were answered! A note came to Denise from Becky saying that there was a possibility that the pup in the photo was her long-lost companion. She sent Denise a photo of Sparky for comparison and the answer was clear—he and Dover were the same dog!

Dover hasn’t been well for a while now, and has recently received a difficult diagnosis from his vet. Kevin and Denise knew that the time had come for a long-awaited reunion between Becky and her dog. There were tears that day, but mostly there was joy over a special dog that had helped bring two families together and in doing so had taught everyone one of those life lessons; what we may think is missing is never out of God’s sight and He takes care of what we entrust to Him.

There isn’t one scripture in the bible that goes along with Dover’s story– there are many. God hears our prayers. He delights in blessing us. He restores what we believe has been lost. He rewards our faith. He does all things well. Denise says it this way, “Becky and I both think God has His Hand in this meeting. How else could all these events happen without His divine guidance!”

My husband Dan and I have three children and three grandchildren. We live in central Illinois. I am a graduate of The Institute of Children's Literature, a member of faithwriters.com, and a member of SCBWI. My writings have been published at chirstiandevotions.us, in DevotionMagazine, the PrairieWind Newsletter, and here at thebottomline.co.
Previous White Supremacy or God’s Equality?
Next What Is Your Color?