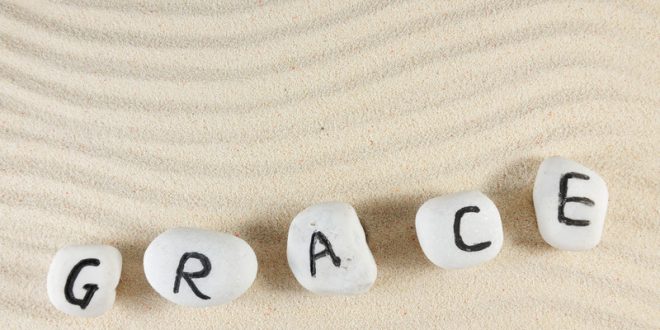 Grace: There is Always Enough!

He was an English police officer in the early 1930’s.  One morning as he prepared for a day of work by shaving, he cut himself on his razor. Just a little nick, nothing to worry about. But not long after, a life-threatening infection began to circulate within his body.

Imagine his excitement when his physician tried a new medication made from blue-green, spongy spores, called penicillin. As he began a course of this amazing new medicine, he soon began to recover. New hope was his. But then, the medicine ran out and there was no more available. Soon, fear gripped the man as symptoms of the infection returned. He  lost his battle as the infection raged throughout his body.  It would take another decade after his death before this new antibiotic was mass-produced and offered as a life-saving source to those with infection or disease.

In 1942, there was still not enough penicillin in the United States to treat ten people. A simple infection brought on by the prick of a sewing needle or a pimple on one’s skin, could result in a slow and painful death. Then, 1944 arrived, and with it a miracle– a way to mass-produce penicillin. Now, there would be enough.

We all experience not having enough at some time in life: not enough time, or enough strength, or enough money. And it’s often when we need them the most! But God’s grace never runs out, He has promised us that there will always be more than enough.

The apostle Paul tells the story of his own need for grace when he battled his thorn in the flesh, and God spoke to him a word for his own life, and ours:

but He has said to me, “My grace is sufficient for you [My lovingkindness and My mercy are more than enough—always available—regardless of the situation]; for [My] power is being perfected [and is completed and shows itself most effectively] in [your] weakness. Therefore, I will all the more gladly boast in my weaknesses, so that the power of Christ [may completely enfold me and] may dwell in me. 2 Corinthians 12:8-9

Sometimes, we just need a reminder that God’s grace is there for us, that His favor will follow us when we trust in and follow Him. He knows we will struggle at times, when the midnight hour comes, but His Word is true. His grace is always available.

Do you need to be encouraged that there is enough grace for you? Remember that although many things in life may run out while there is still a need, God’s grace will never be one of them!

My husband Dan and I have three children and three grandchildren. We live in central Illinois. I am a graduate of The Institute of Children's Literature, a member of faithwriters.com, and a member of SCBWI. My writings have been published at chirstiandevotions.us, in DevotionMagazine, the PrairieWind Newsletter, and here at thebottomline.co.
Previous Angel Food and an Attitude
Next Affirming People is Glorifying God