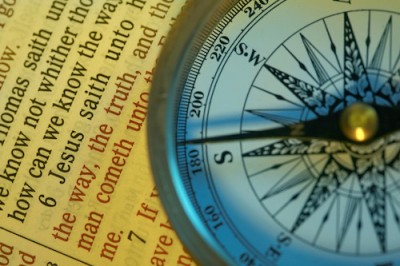 How the Wise Number Their Days

It was a bullet from the gun of a brilliant, romantic actor that took the life of President Abraham Lincoln when he was just 56 years old. With the future of his country once again looking hopeful after the long Civil War, the president and his wife were enjoying an evening together at Ford’s Theatre when that fatal shot rang out.  But Abraham Lincoln had already cheated death several times before he passed away the following April morning in 1865.

The year 1818 was a tragic one for the Lincoln family of Indiana. Nine-year-old Abe was kicked in the head by a horse and thought to be dead. After some time in bed, he had what could only be called a miraculous recovery,  a slight drifting of his left eye the only reminder of the danger he had faced. That same year the “milksick” came to the woods where the Lincolns’ cabin sat. Abraham and his sister, Sarah, lost their mother to the disease. As the young children helped whittle pegs for their mother’s coffin, they must have realized that they could also have succumbed to the ailment that came about by drinking cow’s milk poisoned by snake root.

Abraham Lincoln would live through other contagions, some that took close friends and one that took the life of his young son, Willie.  In the White House there was an assassination attempt that left a hole in the President’s stove top hat and his mind reeling. But his times were in the hands of his God. He moved forward with a purpose to fulfill. He chose to live by faith.

We all face times of uncertainty, and many of us have stories of survival that challenge us to live well and make a difference going forward. It is not just the famous names throughout history who have had a purpose to fulfill for God.  For every one of us, our times are in His Hands:

So teach us to number our days, That we may cultivate and bring to You a heart of wisdom. Psalm 90:12

How do the wise number their days? Following in the footsteps of great men and women of faith, seeking to develop a wise heart,  using the gift of  life in ways that please God, and doing all by faith in Him.

My husband Dan and I have three children and three grandchildren. We live in central Illinois. I am a graduate of The Institute of Children's Literature, a member of faithwriters.com, and a member of SCBWI. My writings have been published at chirstiandevotions.us, in DevotionMagazine, the PrairieWind Newsletter, and here at thebottomline.co.
Previous Coconut Cake and Flattery
Next God Can Keep It Clean!