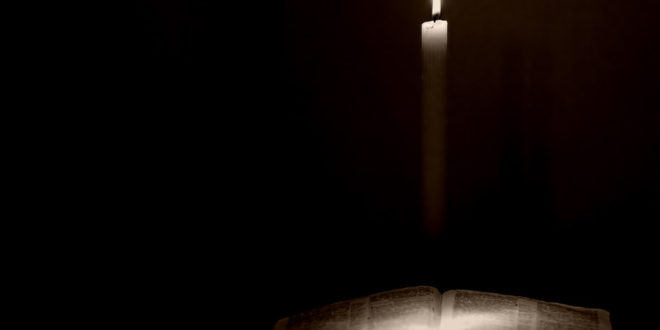 Lessons from a Hidden Letter

Someday, in God’s perfect timing, everything will be revealed. All of our deeds, good and evil, will come into the light on that day.

I remember the story about the day that an act of love from my grandmother to her son came to light. My father was her only living child. Her younger son had died at the tender age of 30 months in 1937, after a brief, misdiagnosed illness. She was a loving mother to her boy as he grew, cheering him on in all his endeavors, believing in him.

After high school graduation in 1947, Dad moved to the campus of Indiana University where he began to study business and journalism. He’d been a good student in high school, but struggled with his grades during that first semester in college. It was during this semester when my grandmother received an unexpected letter in the mail from one of Dad’s professors. The letter was not positive, suggesting to my grandmother that her son would never make it in college and that his grades indicated that he should quite immediately and head back to his small town.

A return letter was soon in the mail in my grandmother’s neat handwriting. Her son, she knew, would succeed, he just needed time. And she would expect the professor to keep his negative assessment to himself!

On my dad’s 42nd birthday,  his loving mother passed away. He spent that day going through her papers in search of any legal information to help in settling her small estate. It was then that he came upon that negative letter, addressed to his mother so long ago. His eye was immediately drawn to the bottom of the page where his mother’s familiar handwriting was, along with a note: “return letter sent, fall of 1947, assuring this professor that Robert will succeed.”

Some of the things we do in love are meant for our eyes and God’s alone. But one day everything will be revealed:

How easy it is to lose sight of this biblical truth… Everything we do will be brought to light, both good and evil. This should be both sobering and encouraging for the Christian. Daily we have the gift of choice in our thoughts, words, and actions. My prayer is to make loving choices with God’s help.

My dad talked often about how much his mother’s support had meant throughout his life, and how finding that  hidden letter helped soften the blow of losing her suddenly. Our actions of love touch the heart of God, and someday even those deeds done in secret will be made known in the open, revealed for all to see.

My husband Dan and I have three children and three grandchildren. We live in central Illinois. I am a graduate of The Institute of Children's Literature, a member of faithwriters.com, and a member of SCBWI. My writings have been published at chirstiandevotions.us, in DevotionMagazine, the PrairieWind Newsletter, and here at thebottomline.co.
Previous When Suffering is Part of the Journey
Next Our Mysterious God