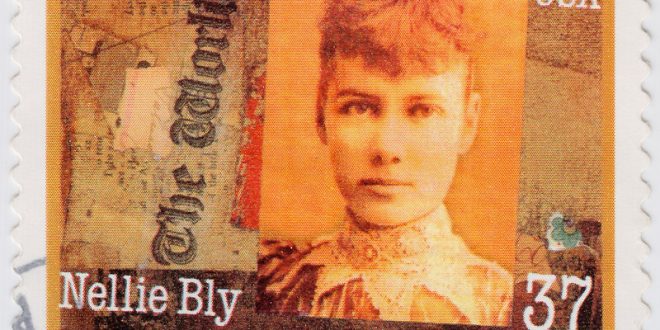 No one has greater love than this: that someone lay down his life for his friends. John 15:13

Christmas is that time of year when we extend our hearts to the less fortunate in our communities, often helping strangers in tangible and loving ways. It is also a time to remember those among us who have sacrificed their own comfort and safety in love towards others.

One young lady in American history who sacrificed her own safety to love others was known by her pen name: Nellie Bly. Born Elizabeth Cochrane, she was a courageous and gifted journalist by the age of twenty-three, and about to gain the assignment of her life.

In 1887, the insane asylum on New York’s Blackwell Island,  (now Roosevelt Island) was more fit for rat habitation than human. It had opened in the year 1839 as a fine institution with nothing but the best interest and healing of its patients as its goal. But with funding soon cut, it became a prison of abuse and filth for the troubled who entered its doors, including foreign women held only because their language could not be understood!

Miss Bly decided to experience the rumored abuses firsthand to make the public aware of the dire need for change in serving those with mental challenges. She set about remaking herself into insanity by practicing crazed looks in the mirror and refusing to bathe, comb her long hair into its fashionable style, or brush her teeth. After a staged rant, Nellie was hauled away from her boarding house by police… on her way to Blackwell Island.

For ten days she suffered abusive treatment at the hands of doctors and staff, fought off rats, and listened to tortured cries, before her employer rescued her and she immediately penned “Behind Asylum Bars.”

Reform began quickly at Blackwell Island, and soon spread to other asylums. Nellie remembered her experience this way: “I have one consolation for my work. On the strength of my story, the committee of appropriation provides $1,000,000 more than was ever before given, for the benefit of the insane.”

Long ago, a young woman gave of herself to help ease the suffering of others. Long before that, a Savior came to live among us and give His life for our salvation. Love means giving away, not only at this joyous time of year,  but every day. There is nothing greater.

My husband Dan and I have three children and three grandchildren. We live in central Illinois. I am a graduate of The Institute of Children's Literature, a member of faithwriters.com, and a member of SCBWI. My writings have been published at chirstiandevotions.us, in DevotionMagazine, the PrairieWind Newsletter, and here at thebottomline.co.
Previous Believe in the Unseen
Next What We Need Right Now