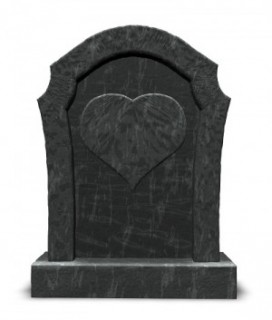 to be unequally yoked is looking for love in a graveyard

Dr. Robert Liston was a Scottish surgeon in the mid 1800’s who operated with unchallenged speed. He could amputate a limb in just a couple of minutes’ time. But like all other doctors throughout history, he had his bad days in the operating room. This is the story of his worst day ever.

It started with the usual: a routine 2-minute amputation of a patient’s leg. As often happened in the days before antibiotics, gangrene soon set in soon after and the poor soul died in great agony from the infection. As there was no anesthesia during those times, the assistant tasked with holding the screaming patient down almost lost his fingers due to the chaos the knife-wielding surgeon created that day. He soon died of gangrene from his wounds as well. Sadly, this is not the end of the story, as another surgeon observing the famous Dr. Liston during this operation was also nicked with the surgical knife.  The man became so scared just thinking of having the same fate as the other two that he keeled over, dying of a heart attack! Yes, Dr. Robert Liston’s worst day consisted of a 300 percent mortality rate.

Our actions have consequences for the people around us. Anyone who has suffered because of another’s sinful behavior knows this to be true. Sin can infect and eventually bring death to one’s relationships, reputation, and sadly, the life of another who has innocently found themselves in the wrong place. God warns us not to be a stumbling block thrown into the life of another:

Let us not therefore judge one another anymore: but judge this rather, that no man put a stumbling block or an occasion to fall in his brother’s way. Romans 14:13

The bible says that we are all sinners, and we have all experienced not only our own sinful behavior, but also that of being sinned against by another. With God’s help, we can learn to better resist temptations to sin, and considering the consequences toward others will help us to make more godly choices.

The next time you are tempted, it may help to picture that chaotic operating room of old, and all the unintended consequences that occurred during one typical day of surgery. And remember, sin brings chaos to all those in its path.

My husband Dan and I have three children and three grandchildren. We live in central Illinois. I am a graduate of The Institute of Children's Literature, a member of faithwriters.com, and a member of SCBWI. My writings have been published at chirstiandevotions.us, in DevotionMagazine, the PrairieWind Newsletter, and here at thebottomline.co.
Previous How To Pray Effectively
Next The Problem with Coasting