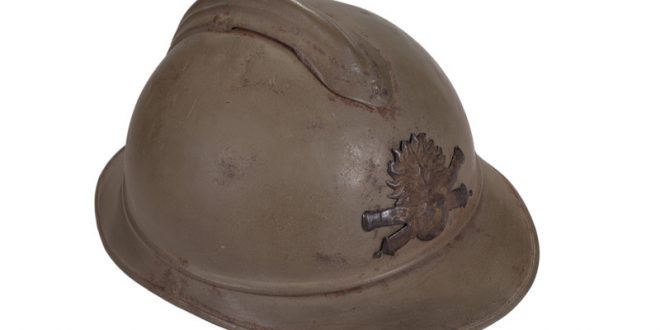 A proud young military man sat in dim light, penning a letter to his family back home. It was the fall of 1918, and he had been stationed in Kentucky for his training before he would enter the battle of the Great War. Influenza raged, causing fear in his camp. He longed for the trivial things from home, like his typewriter that sat silent at his writing desk.

He peppered the pages with the positives of his surroundings, his concerned mother in mind, knowing she waited for the clopping of the horses’ hooves bringing the mail by wagon each day.  He told of the colorful dresses worn by the visiting girls, the leaves changing into autumn attire on the Kentucky trees, and the games of baseball thrown together by his comrades during their free time.

All the young “dough boys” preparing for the battle of their lives sent letters home to waiting loved ones telling of the grim circumstances they faced, and of the small blessings of a care package with homemade cookies from someone’s mother or sister, or those young women who visited camp in a pastel rainbow of colors, bringing smiles and laughter and smells from home.

The words of young soldiers long gone may seem like little more than interesting stories today, but the griefs of wartime that they faced were very real to them. Perhaps what brought comfort was faith in their mission, and trust in their fellow fighters.

Those who willingly give their lives in service to Christ are soldiers fighting a different battle against the hardships and difficulties of today’s world, a battle with many invisible enemies, but one we can endure with God on our side:

Take with me your share of hardship [passing through the difficulties which you are called to endure], like a good soldier of Christ Jesus.  2 Timothy 2:3

Each one is called to endure hardships like a faithful soldier with their eyes on a final purpose. While the soldier in earthly battle uses his issued weaponry, the child of God uses weapons unseen by man: truth, righteousness, and faith. The soldier of earth has no guarantee of victory in his fight, but the soldier of heaven is assured victory in Christ.

My husband Dan and I have three children and three grandchildren. We live in central Illinois. I am a graduate of The Institute of Children's Literature, a member of faithwriters.com, and a member of SCBWI. My writings have been published at chirstiandevotions.us, in DevotionMagazine, the PrairieWind Newsletter, and here at thebottomline.co.
Previous What Are You Running To?
Next God is With You