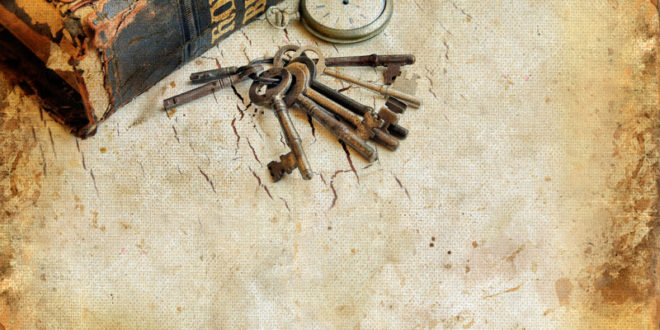 “Faith is like radar that sees through the fog—to the reality of things at a distance that the human eye cannot see.”   Corrie Ten Boom

As World War II raged on throughout Europe, Corrie Ten Boom and her family could not put their faith in what their eyes could see. They had to look beyond what surrounded them in their little watch shop, to their faith in the God they loved and served.

The Ten Booms lived in the Netherlands, creating watches in their  shop where they also lived.  Theirs was a family who loved Christ and offered their lives to His service, whatever the cost.  Corrie’s father was a man of great courage, reaching out to Jewish people in their suffering and mistreatment under German rule.  It would later cost him his life in a concentration camp.

During those dark times, Corrie and her family, along with those they sought to protect who were hiding behind walls in their home, must have wondered each day how long the war would rage on, while the watches displayed in their shop ticked away the minutes. But the family had surrendered the outcome of their deeds of love to their loving God.

On a bleak winter’s day in February of 1944, the Ten Boom family was arrested after being betrayed. Corrie and her sister Betsie were taken by force to the infamous concentration camp in Germany known as Ravensbruck. Betsie would die there, but Corrie would be liberated and go on to become a writer, sharing her love of God and her faith in Him on the written page and in the actions of her long life until she died on her 91st birthday.

Corrie’s heart was full of gratitude and love for God and the life that He had blessed her with, despite her years of heartache and fear, grief and loneliness. Today, her words of faith still resound, often quoted by others.

How was she able to enjoy her life and forgive those who had abused her and caused the death of her beloved sister and brave father?  Corrie Ten Boom believed what God says over what her eye could see, fixing her gaze on Him:

That is why we never give up. Though our bodies are dying, our inner strength in the Lord is growing every day.  These troubles and sufferings of ours are, after all, quite small and won’t last very long. Yet this short time of distress will result in God’s richest blessing upon us forever and ever!  So, we do not look at what we can see right now, the troubles all around us, but we look forward to the joys in heaven which we have not yet seen. The troubles will soon be over, but the joys to come will last forever.  2 Corinthians 4:16-18

We still need faith like the watchmaker’s today. Though we face different adversities than Corrie and her family faced, having faith in God is more valuable than gold. When you feel as though a fog of the unknown surrounds you, put your faith in the one Who waits beyond what you see to comfort, strengthen, and bless you, too.

My husband Dan and I have three children and three grandchildren. We live in central Illinois. I am a graduate of The Institute of Children's Literature, a member of faithwriters.com, and a member of SCBWI. My writings have been published at chirstiandevotions.us, in DevotionMagazine, the PrairieWind Newsletter, and here at thebottomline.co.
Previous The Book That Holds Power and Life
Next The Birth of New Hope