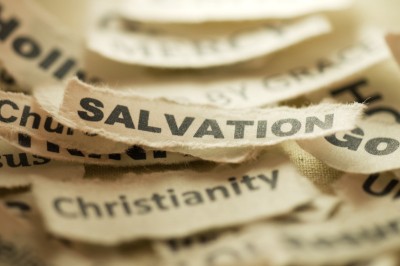 The Birth of New Hope

As the ship christened Wolf traversed the Atlantic in 1720, a young woman aboard named Elizabeth Wilson gave birth to a baby girl.   While she lay recovering from the birth, counting her little daughter’s fingers and toes and admiring her Irish red hair, a band of vicious pirates forced their way aboard, threatening to sink the vessel with every soul on board.

Before the pirate captain could strike, he heard the cry of an infant. Running below deck, he saw a woman laying in a bed, holding a newborn in her arms. An unusual feeling of compassion came over the pirate as he looked upon the little child and he told the new mother that he would spare the lives of everyone on board if she would name her little daughter Mary, after his own mother. Elizabeth Wilson readily agreed, and the pirate captain abandoned his treacherous plans. The cries of a tiny newborn had saved the lives of a whole ship of passengers.

Before the pirate captain left the Wolf, he presented little Mary Wilson with a bolt of lovely green silk as a gift, asking Elizabeth to see that her daughter wore it on her wedding day. When Mary Wilson was married in 1742, the green silk was there, bringing color and life to her lovely gown.

During the Christmas season, as we reflect on the meaning of our celebration, we must remember that it all started with a willing Jewish girl, the guidance of the Holy Spirit, the comfort and reassurance brought to a confused and hurt Joseph by an angel, and the cry of a little infant born in a stable.

And an angel of the Lord suddenly stood before them, and the glory of the Lord flashed and shone around them, and they were terribly frightened.  But the angel said to them, “Do not be afraid; for behold, I bring you good news of great joy which will be for all the people.  For this day in the city of David there has been born for you a Savior, who is Christ the Lord (the Messiah).  And this will be a sign for you [by which you will recognize Him]: you will find a Baby wrapped in [swaddling] cloths and lying in a manger.” Luke 2:9-12

Imagine the joy of those on board that ship long ago when their lives were spared by the birth of a little girl named Mary. As wonderful as that must have been, there is a greater joy that started with those first cries from a baby born in a manger. In the busyness of our 21st century Christmas, may we remember the faint cries of a Holy Child sent from heaven to live among us, bringing with Him the gift of eternal life.

My husband Dan and I have three children and three grandchildren. We live in central Illinois. I am a graduate of The Institute of Children's Literature, a member of faithwriters.com, and a member of SCBWI. My writings have been published at chirstiandevotions.us, in DevotionMagazine, the PrairieWind Newsletter, and here at thebottomline.co.
Previous The Watchmaker’s Faith
Next God is Ready to Welcome You