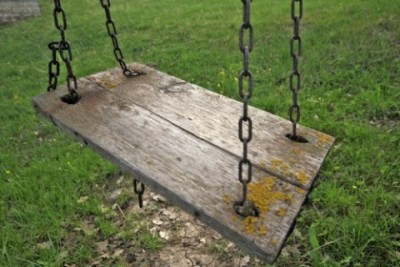 When Eleanor Thought of the Children

During the summer months of the 1940’s and 50’s many towns were filled with empty swimming pools and deserted playgrounds. These rites of passage for American children were still there, waiting to be enjoyed.  But something else was there, too.  Polio was an invisible enemy that targeted mostly little ones during the hot months of what should have been carefree summers.

Stories of the many children fitted for leg braces or put in an iron lung during those years are still told by those who remember. My dad often shared the story of the young lady who sat behind him in class senior year. On the day of the Homecoming dance she became very ill and had to be sent home. One week later she had passed away, a victim of polio.

Eleanor Abbott was a former teacher who lived her own nightmare with polio when she was in her late 30’s. In 1948 she was hospitalized in her battle to recover. As she lay on a ward filled with lonely, devastated children fighting the same crippling enemy without their loved ones around them, she set her mind to create something fun for them.

It would be a lively board game that could be played alone. At the start of the colorful path that wound through the game were a delighted little girl and boy ready to run forward. The little boy wore a brace on his leg from the effects of polio. Players wound their way around peanut brittle and peppermint, past a happy gingerbread man, and bright red candy hearts, on towards the little gingerbread house at the finish of the path. Depending on the card they drew, they could be sent back to retrace their steps.

Candy Land had been created, a “sweet little game for sweet little folks.” Eleanor saw to it that all royalties she received were given to children’s charities. Polio was never the focus—that went to the children and the happiness and joy they received from their confinement beds in a hospital ward as they played the fun new game.

It would have been quite understandable for Eleanor Abbott to pity herself and her own losses brought on by polio. Instead, she summoned the courage to look around her and help others who were suffering along with her.

These words in Philippians remind us all to focus not just on ourselves during this time of crisis, but also on those around us:

Don’t just think about your own affairs, but be interested in others, too, and in what they are doing. Philippians 2:4

After 72 years, Candy Land is still one of the most popular childhood games on the market. We can only imagine the ways God wants to use us during these trying times. May we be open and available, as Eleanor was, when He gives us a way to bring joy to the life of another.

My husband Dan and I have three children and three grandchildren. We live in central Illinois. I am a graduate of The Institute of Children's Literature, a member of faithwriters.com, and a member of SCBWI. My writings have been published at chirstiandevotions.us, in DevotionMagazine, the PrairieWind Newsletter, and here at thebottomline.co.
Previous Tiger Lilies and True Prosperity
Next What Power He Holds in His Hands