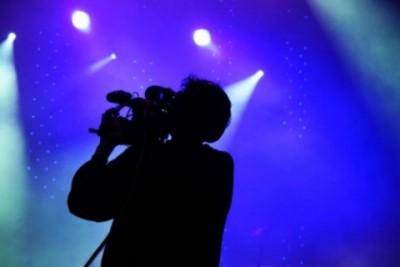 I’ve seen articles about all the horrible things Christians do. Have you seen the headlines?

20 Things Christians Do in Church that Annoy Me

The 10 Dumbest Things a Christian Can Do

Newsflash: we all do dumb things. But these headlines (and this is just a sampling) got me thinking about all the crazy things Christians are doing for Jesus in the entertainment industry. And by crazy, I mean crazy good.

For the purpose of this list, we are going to define crazy as: “being out of the ordinary; absurdly fond; passionately preoccupied.”[1]

Faith isn’t dead in the entertainment industry, because God is making His name known by equipping those willing to be sent. These are just a few examples of how Christians are using art, theater, and song to reach others for Christ.

Are you being radical for the kingdom? Tell us about it in the comments below.

is a freelance writer and contract copywriter who lives in the seacoast region of New Hampshire with her husband, Eric-Thomas,of five years. She currently serves alongside her mother as the Marketing Director for God’s Girls Christian Store and More, a online retail store serving the southern New England region. Her work has been featured in several print and online publications, and she is the recipient of two Faithwriters’ Editors Choice Awards for her short stories, which are scheduled for publication in the Mixed Blessings series. Her first book, Fragile: 30 Days of Hope for the Anxious Heart, is now available at samanthaarroyo.com. She can be reached at [email protected].
Previous Are You Growing Roots of Bitterness or Harvesting Change
Next The Two Sources of Supernatural Power