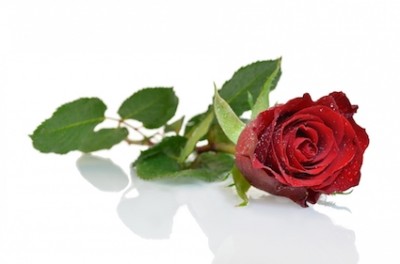 Millions of women around the country tune in each week as “Mr. Suave,” who has been deemed an “eligible” bachelor by the casting crew, walks onto the scene and a pool of svelte 20 and 30-somethings line up to introduce themselves and make their first on-screen impressions.

Over the next several weeks, the young women live together in “Villa De La Vina,” a 7,590-square-foot home in Agoura Hills, California, and the world watches—listening in, forming their opinions of each, and narrowing down their personal list of top contenders. We see the tantrums, the tears, the fights, the mischief and the steamy scenes with the man they are hoping to win.

Drama ensues as the ladies are ushered on romantic, and often sexy, dates—either one-on-one, group or two-on-one dates—with The Bachelor.  In the end, the ladies are eliminated in a heart-pounding, palm-sweating ceremony: they are either presented a rose … or not.

By the final episode, The Bachelor is expected to have found true love and choose one woman—the one who will become his wife.

The same scenario takes place on The Bachelorette, only the roles are reversed. Or, as America witnessed in this season, two bachelorettes arrived and only one was selected to continue after meeting their suitors. Britt was sent home in tears; Kaitlyn was chosen to continue.

So what’s the draw? What is so tantalizing about the show? And how is it affecting marriages?

Known as ABC’s most romantic hit reality television series, both The Bachelor and The Bachelorette have the capacity to shape our cultural view of love. On the show, it’s okay to kiss multiple individuals, foster relationships with more than one man or woman, and connect emotionally with several members of the opposite sex without regard for others’ feelings. There appears to be no physical or emotional boundaries at all.

Now, while I must confess to only having watched a couple episodes several years ago and have only watched promo videos or YouTube clips, the feeling I get when watching is the same: immense sadness.

Hearts are broken, boundaries are crossed, and motives are questioned. Every. Single. Time.

1 Thessalonians 4:3–6 says, “It is God’s will that you should be sanctified: that you should avoid sexual immorality; that each of you should learn to control your own body in a way that is holy and honorable, not in passionate lust like the pagans, who do not know God; and that in this matter no one should wrong or take advantage of a brother or sister.”

And Proverbs 4:23 says, “Above all else, guard your heart, for everything you do flows from it.” (emphasis mine)

Protect your heart. Protect your sexuality. Treasure it. It’s a gift to be presented to one.

As for those who watch the show, I often wonder how it may damage otherwise healthy relationships—even those centered on Christ.

Do women begin to compare the thoughtfulness and romantic gestures of their men to the staged drama that unfolds on television? Do expectations of perfection rise? Do set boundaries within marriage begin to seem—and feel—frivolous? Is there an element of jealousy? Do women turn on the television show to curl up with fabricated emotions rather than rest cradled in their husband’s arms? Does the pursuit of romance on television actually reduce the bright spark in marriage to nothing more than a smoldering ember?

What do you think? Do you think romantic television reality shows like The Bachelor and The Bachelorette are harmless or harmful?

is a freelance writer and contract copywriter who lives in the seacoast region of New Hampshire with her husband, Eric-Thomas,of five years. She currently serves alongside her mother as the Marketing Director for God’s Girls Christian Store and More, a online retail store serving the southern New England region. Her work has been featured in several print and online publications, and she is the recipient of two Faithwriters’ Editors Choice Awards for her short stories, which are scheduled for publication in the Mixed Blessings series. Her first book, Fragile: 30 Days of Hope for the Anxious Heart, is now available at samanthaarroyo.com. She can be reached at [email protected].
Previous How to Deal With Toxic Family
Next 6 Reasons Being a Teen Rocks