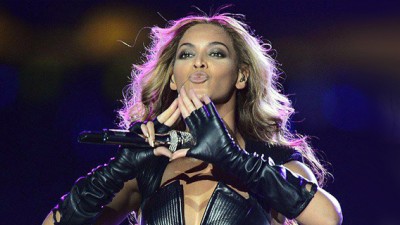 Beyoncé being accused of Politics in Performance (Black Lives Matter)

By now you’ve seen or heard that the Denver Broncos won the Super Bowl over the Carolina Panthers. That was big news… until it got shoved into second place, leaving the spotlight shining brightly on Beyoncé’s performance during halftime. You would have thought the media reviews would be more about how energetic or lethargic she was. How dominant or low-key, or whether or not she gave a good or bad show. On the contrary, the big fuss on social media—and everywhere else, quite frankly—is about her halftime dancers showing “Black Lives Matter protest signs and gestures.”

According to news reports, Beyoncé’s performance has been called probably Super Bowl’s most politically charged performance ever. Some of the key things that are being criticized include, Afros and berets worn by the dancers, the “X” formation they created on the field during their dance routine, and their clenched-fist after their performance as they walked off the field. These are said to be symbols associated with African Americans, and the politics surrounding their rights and freedom.

What’s interesting, is that the Emmy winning singer released her new single, “Formation,” just a day before the Super Bowl. The music video seemed to cause a ruckus before her halftime performance the next day, due to its highly controversial content. The video displayed themes of police brutality and diversity as well as the Black Panthers and Malcolm X. It also features a black boy wearing a hoodie dancing in front of police officers. There is also graffiti that reads “Stop shooting us.” At one point in the video, Beyoncé is seen standing on a sinking police car.

As the Denver Broncos quarterback, Peyton Manning’s newly announced retirement fades into the background, the heated debate about whether or not Beyoncé should have inserted politics into her performance continues to take the forefront. It even has former Mayor of New York City, Rudy Giuliani, lashing out, calling Beyoncé’s action “Outrageous.” Some believe her performance was nothing but entertainment. Some applauded the dance gesture as being fitting and called for. Yet, others believe it was totally inappropriate.

What do you think was the motive behind Beyoncé’s Super Bowl halftime performance?

Amelia Brown is from the beautiful island of Jamaica. She is a 28 year old Guidance Counselor by profession, but a passionate writer at heart. Most of her articles written are aimed at stimulating positive change under the guidance of the Holy Spirit. She is also a published poet and a member of Faithwriters. Outside of writing, she enjoys volunteering, cooking, and turning frowns right side up. Amelia currently lives in New York.
@ameliambrown
Previous Three Steps To Guard Your Heart and Mind
Next You Are Righteous In God’s Eyes