Breaking News
Home / Entertainment / Celebrity vs Authority: Above The Law? 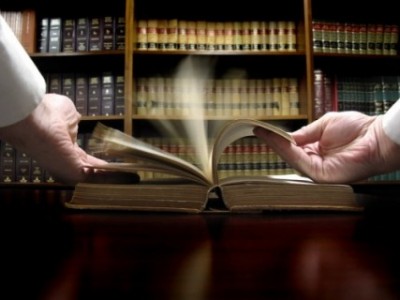 Celebrity vs Authority: Above The Law?

‘Let every person be subject to the governing authorities. For there is no authority except from God, and those that exist have been instituted by God.’ Romans 13:1 (ESV)

Actor Alec Baldwin has made it into the news again, but not for his acting ability. No, instead it was his temper and his incorrect asumption that because he is who he is, he is above the law.

He was arrested this morning riding his bicycle the wrong way down the street in New York City. Actually, he was not arrested for that…he was arrested because he became rude and testy with the police, which resulted in the arrest.  The officers had merely observed his error in direction, and had stopped to speak with him about it. He immediately became irritated, and more or less told them that he could ride any way he wanted to. I read one report that said his real tirade begain when the officer asked his name…something that police person should have known already, because he is famous, after all.

Mr. Baldwin was handcuffed, and it has been noted that even though up to that point he had been quite loud and abusive, he did get into the police car calmly. He did not have any identification on him, but at the station he was given two summonses before leaving. The impounded bicycle was returned to him and he rode home.

Mr. Baldwin would seem to have a bigger problem than riding his bike in the wrong direction. He has a problem with authority. He has developed an intolerance of things that he cannot control. And that’s it…he has to be in control.

Here is a talented actor, with good looks, who has a twinkle in his eye on camera, who at one time could pick and choose his venues at his will. He has all this world can offer. And yet something is terribly wrong. He is not happy. Happy people do not act the way he does. Happy people are well-adjusted and know how to behave, in public, and at home. And they are considerate of others, no matter the situation. They know how to love others.

Many of us want some of what Mr. Baldwin has. The looks, the talent, the money, the lifestyle. But most of us do not want the excess, the lack of privacy, the public demands of a life in today’s entertainment industy.  We know these things will not make us content and happy in the long run. This world offers up attractive alternatives to what God has to offer. And none of them will satisfy the soul as God does.

God established authority. He is the ultimate authority. Those He puts in authority, be it police officers, teachers, pastors, or even our parents, are to be honored and obeyed. When we resist authority, we are resisting God Himself. And this avails us nothing.

Lili lives in central North Carolina. She writes devotionals and Christian articles and has been published in e-magazines, newsletters, and articles. She is a member of Faithwriters.com. She and her husband Chuck love to travel, and are animal lovers as well. They are active in their local church. Lili credits God for any inspiration that allows her to write. It's all about Him!
@@ohiolili
Previous Do not Mix Light with Darkness
Next “The Gathering-Jesus is Coming” Movie Review