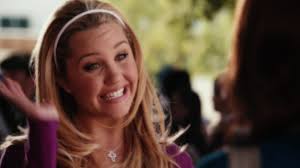 The problem with Christian entertainment in general, but movies specifically, is how Christians are portrayed, not only in secular offerings, but also in Christian ones.  In secular movies, Christians are often portrayed as a caricature, like the so-called “holy roller.”  These characters include the effeminate male or the hysterical antics of the “church ladies” with a Bible in one hand and a vial of holy water in the other, running around proclaiming, “I pray for Jeeeesus to save your soul,” or the ever popular, “Have you found Jesus?” (I didn’t know He was missing).

However, the Christian movies should be powerful, right?  We have the right stuff, but many times these movies fall short also.  In the recent box office offering, “God’s Not Dead,” a college student (Josh Wheaton) embarks on a quest to prove God is real to a professor who, in the first class of the semester, has the students write down on a piece of paper the words “God is dead” and hand them in.  In a class of roughly fifty students or more, our hero is the only hold-out.  He refuses to comply with the request and is then challenged to present arguments to the class to bolster his claim that God is alive.

I do not find it believable, that in a class that size, he was the only one who refused the professor’s request.  This is the first exaggeration that stretches the boundaries of belief, but by no means the last.  Catching up to our protagonist in the hallway, said professor threatens to fail him if he persists, a move that causes Josh’s girlfriend (also a Christian) to urge him to give in to the professor’s demand.  When he refuses and continues to pursue his quest, she breaks up with him.

In another plot twist, the same professor’s girlfriend has just become a believer, and they have a heated discussion of the subject, in which he is quite rude and mocking to her.  The film has a great many sub-plots that feed into the main plot of the plight of our freshman forced to defend God alone.  At one point in the film we see the antagonist professor of philosophy having lunch with his colleagues, recounting his student’s pitiful (in his opinion) efforts to prove God exists.  The whole department of ten or twelve professors finds this very amusing, and they heartily ridicule Josh.  Later in the film we see these same colleagues having dinner at the professor’s house, where they are again mocking Christians as his Christian girlfriend serves them.  She makes a comment, and they all turn on her (angry atheist boyfriend also) and begin berating and taunting her.

There are actually quite a few more sub-plots, but the ones mentioned typify the rest.  While, admittedly, some of Josh’s arguments in class are masterful, most of the storylines are weak and embellished and so water down the entire film.  It is disappointing from the standpoint that Jesus Christ is the most powerful force in the universe; His followers are depicted as weak and judgmental, falling into stereotypes perpetuated by the media – even the Christian media.

Having said all that, I know that there are also powerful movies with a Christian theme, where believers are portrayed as we really are – victorious and brave – having morals they stand on, even against all odds that bring about change in the lives of non-believers, with the power of the Holy Spirit clearly manifest.  We are the army of the Lord, endued by power from on high; we are the light of the world.  Let’s let our little light shine brightly in the darkness of the entertainment industry so all can see that He is the way, the truth and the life.