Breaking News
Home / Faith / The Story Of An Ex-Lesbian 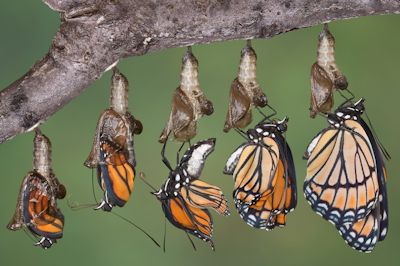 The Story Of An Ex-Lesbian

If one thinks that homosexuality is something people are born with, this story will change that perspective. The last name of this person was left off in the article from which this account is taken to avoid backlash from the gay community. I am going to leave her name out completely.

She was a very religious girl. She attended a Christian school with conservative beliefs. Her family life, however, was very trying. The dad wanted a boy, but the only son died at just three days old, so he tried to make the girl into a “boy.” He was also an alcoholic with an anger problem, who emotionally abused the family. The girl decided that if all men were like her dad then “men were not safe.”

The family was very rigid in their beliefs so the girl remained silent about the abuse, her attitudes toward men, and her developing same-sex attraction. Her first sexual act with another girl was at the age of 15. She has this to say: “My silence allowed Satan to cultivate a huge lie that confused my sexual identity. It was the birth of unnatural desires that would later manifest into full blown homosexuality.” The pain and confusion led to drinking, depression, and suicidal thoughts.

Some years later, this girl was invited to church by another girl with whom she had been trying to become romantically involved. After attending church for several months she surrendered her heart to the Lord Jesus Christ in April of 2007. She recalled that her earlier decision as a young girl was only based on emotion. After her decision to accept Christ she  took shelter under the wings of a group of non-judgmental believers who also showed her the root causes of same-sex attraction. Her road to recovery began.

This testimonial by one who came out of the gay lifestyle has several important life applications.

1. People must talk about things in the open, and sometimes one’s religion prevents that. Too often, people are taught to just accept beliefs and actions without questioning.

2. Decisions for Christ must be based on a willful decision in the heart, not the emotions.

3. Emotional or physical abuse by someone of the opposite sex is one cause of homosexuality.

This story speaks volumes about the gay community which often says that homosexuality is something they are born with, like they can’t do anything about it. Then what about this backlash when one returns to a straight life and traditional marriage? That does not speak well of them. Journalist Matt Barber, said that no one hates like the “tolerant” left. There are even death threats by some in the homosexuality community against those who leave it.

The girl in the story used the phrase “unnatural desires.” This is the same wording mentioned in some translations of Romans 1:26-27. According to this story there are underlying root causes and reasons why people choose this life. The story also shows that it is possible to come out if one chooses to, by the power and grace of God.

John Livingston Clark is 67 years of age and lives in central Washington State. He has written two published books, and two published poems. His initial book is called, " God's Healing Hope: Breaking the Strongholds of Wrong Thinking." His second book, released in December of 2016, is a motivational book written to seniors titled, " Seniors: Are You Retiring or Recharging?" Both books are available on amazon. You can also view his writings on www.faithwriters.com. John is available to speak on a variety of topics. Visit me at jclarkministries.com
Previous No Thanks, God, I Can Do It Myself!
Next Christian Portrayal in Films