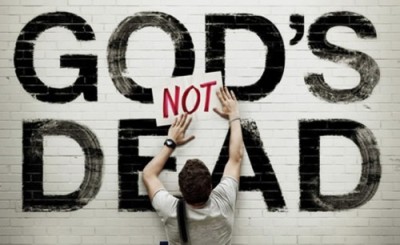 “Do You Believe” release date announced

Most of us may remember the movie, “God’s Not Dead.” The March 2014 film follows the life of a Christian college student, Shane Harper, who is challenged by his philosophy professor who believes that God does not exist. The professor, Jeffrey Radisson demands that his students sign a paper declaring that “God is dead.” Being the only student who refuses to concede, Shane must now debate Radisson on the existence of God. In the end, Harper is victorious as he rallies the entire class during the final debate showing that “God’s not dead.”

Although not considered a “blockbuster” in Hollywood’s terms, many evangelicals have been calling for another movie of its kind from Pure Flix, the movie’s production company.

The wait is now over with the release date announcement of March 20, 2015 for their new movie “Do You Believe.”

Pure Flix producer and founding partner, David A. R. White stated, “The massive success of ‘God’s Not Dead’ proved that audiences want to rally together with their friends and family to see movies that will edify them on compelling issues.”

“Do You Believe” will follow a dozen different individuals as their lives intersect through the power of God, whether they believe it true or not. The movie will host many stars such as Mira Sorvino, Sean Astin, Alexa Penavega, Cybill Sheperd, Lee Majors, Brian Bosworth, and Delroy Lindo.

After a short “first look” release of the movie last year, White was quoted saying, “We have anticipated releasing the trailer for ‘Do You Believe’ to audiences as so many have been looking forward to this project as the follow up to ‘God’s Not Dead.’”

He went on to add, “It is our hope that the film’s compassionate and convicting message will create the same passion and conviction that ‘God’s Not Dead’ did for audiences.”

Although graduating with a Communications degree from Liberty University in 2008, I took a long break from writing until finishing my Master's in Education this past year. I currently reside in Lynchburg, Va with my wife and two children. By day, I work in insurance and by night I am a writer. When not playing with my kids and spending time with my wife, I enjoy spreading God's word through my writing.
Previous Have You Thought About Heaven Lately?
Next Satan, You’ve Lost!