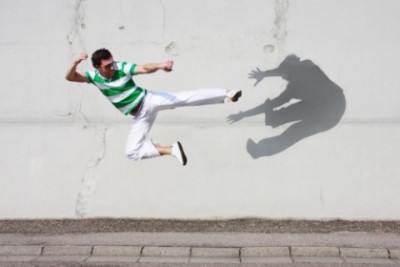 Airing Monday nights on NBC at 8/7c is a family friendly show that encourages hard work, perseverance, and competition. America Ninja Warrior, now airing for its 7th season is, off to an amazing start. The show’s concept stems from the television series Sasuke where competitors move through a set of progressive challenges in obstacle course fashion. Competing from around the nation, athletes are eliminated by failing to complete an obstacle. Those who are able to finish the course are then narrowed down into 10 finalists who compete in the ultimate showdown which take place in Mount Midoriyama in Japan. However, as of the 6th season, no one has completed the final round.

Having to train for hours and months at a time, each athlete has a story they bring to the show revealing why they have chosen to compete at such a level. Competitors in all shapes, sizes, and gender have made their attempts. The show has set several moments in history including Stephen France an amputee who competed with a prosthetic limb. 52 year old Jon Stewart was recorded as the oldest person to complete the Finals Course. Chris and Brian Wilczewski, otherwise known as “The Brothers Wilczewski” were the first brothers to compete and make it to Mount Midoriyama at the same time. Also, three women have completed the course including Michelle Warnky, Meagan Martin, and Kacy Catanzaro who used to be an NCAA gymnast.

The amount of time, preparation, and dedication it takes to become a Ninja Warrior is no small task. You have to be willing to sacrifice time in order to prepare for the challenge that lies ahead.

As a follower of Jesus, we are called to be warriors for Christ. Although the job of being one of God’s warriors may not be aired on national television or even made as public knowledge, the task is even greater than physically training your body.

Next, time must be spent in His word preparing your mind and heart for what is to come. Lastly, dedication to His presence is a must. By filling yourself up with his spirit, you are preparing for the challenge course of life.

Just like a competitor for American Ninja Warrior is called to train up his body, we as Christ followers are called to train and prepare for the heavenly kingdom.  Have you begun training as a warrior for God’s army? Are you prepared to fight for the kingdom?

is an author and editor for The Bottom Line Ministries as well as a member of Faith Writers. Currently she teaches high school language arts. She is a mom to four amazing blessings and enjoys every moment life has to offer. Renee has a fervor and drive to learn, she loves to read and spend time with her family, and is involved with her local church ministries. Humbled by God’s gift of words, she has a passion to write what the Holy Spirit has placed in her heart. She hopes to publish her in-progress book someday, but in the meantime, is honored to be placed as part of the TBL writing family and is holding on to the ride wherever God is leading. Renee and her family reside in their country home in Holland, Iowa.
Previous Kendrick Lamar in English Class: An Artist Gives Back
Next Get Up With God: What a Way to Start Your Day