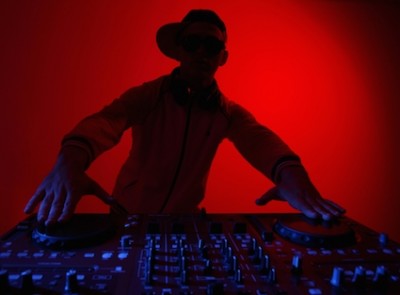 Kendrick Lamar in English Class: An Artist Gives Back

There is just something special about English classes. And I’m not saying that because English is my favorite subject. But it’s one of those subjects that incorporate all aspects of life—that’s because we all use words, in any language, to communicate. Even the entertainment industry celebrates English classes through movies such as Freedom Writers. Music has always been a part of English and rapper Kendrick Lamar decided to join in on the fun when he read a post an English teacher had written involving him and wanted to visit his class. He’s a rapper who has received a total of seven Grammy nominations at the 56th Annual Grammy Awards in 2014, including album of the year and best rap song.

Brian Mooney is an English teacher at High Tech High in North Bergen, New Jersey. His students were studying a Toni Morrison’s novel, The Bluest Eye, which is a book about a young black girl who yearns to have blue eyes. So, he decided to use Kendrick’s latest album, To Pimp a Butterfly, as a teaching aid. The album deals with issues surrounding beauty and being black. One song on the album is titled “Complexion.” Mr. Mooney’s strategy was very effective. The students caught on to the idea and wrote poems and essays as well as rap lyrics surrounding the theme of the book and album.

Kendrick Lamar heard about the teacher’s efforts and decided to visit the school. He was warmly welcomed, but his smiles and demeanor gave away the fact that he was happy to be there too. He spent the day listening to and interacting with the students. Kendrick Lamar also joined in the teaching and learning process when he participated in the “Cipher.” As Mr. Mooney explained, this is when individuals stand in an equally distant circle and participate by sharing either a line of rap, poetry, or the likes. Kendrick ended the day with a performance and the students’ confirmation that his visit made a positive impact in their lives.

Rappers and other artists can make a difference in the lives of young adults with the music they make. The lyrics don’t always have to be about guns, drugs, and booty-shaking. It can be about current and relevant issues. It can be about changing the world. These artists ought to take that message of change directly to the students, and use it to motivate them. After all, the classroom was where they polished their skills, so it makes sense to give back.

“Therefore encourage one another and build one another up, just as you are doing.” (1 Thessalonians 5:11)

How else do you think artists can make a difference in the lives of young people?

Reference
Yenigun, S. (2015). A Visit from Kendrick Lamar — Best Day Of School Ever? Retrieved from http://www.npr.org

Amelia Brown is from the beautiful island of Jamaica. She is a 28 year old Guidance Counselor by profession, but a passionate writer at heart. Most of her articles written are aimed at stimulating positive change under the guidance of the Holy Spirit. She is also a published poet and a member of Faithwriters. Outside of writing, she enjoys volunteering, cooking, and turning frowns right side up. Amelia currently lives in New York.
@ameliambrown
Previous The Devil’s Absence
Next God’s Ninja Warriors