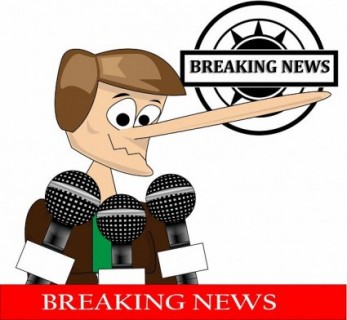 Is snopes.com infallible . . . or even reliable?

What do you get when you combine a high-speed internet culture with an entertainment-driven populous that has largely never been taught to think critically? The ideal grounds on which websites such as snopes.com and other “fact check” URLS can spawn.

In the event you’re unfamiliar with snopes.com, it is a website which, according to its founders, began as a home hobby and gained momentum until it became (in their words) “an internet essential.” The hobby in this case is debunking urban legends and verifying or discrediting various rumors and news reports.

Indeed, snopes.com has gained such wide circulation, in matters both mundane and monumental, that on any given day social media sites can expect to see an article supported or stymied based on a snopes.com link inserted as the final word. Snopes.com was even invoked by an Arizona representative as the authority on Obama’s alleged foreign birth.

Who are the authorities behind this enormously circulated website? If you suppose snopes.com to be a think tank or a committee of bipartisan pundits, researchers, and scientists, you might be surprised to learn that snopes is fueled by a Los Angeles couple, Barbara and David Mikkelson.

“Our safeguard is the millions of readers (including major news organizations, government agencies, universities, and authors) who value our site’s long-established reputation for fairness, accuracy, and reliability. We would not maintain such a reputation if we did not consistently apply objective standards in our reporting.”

In other words, integrity in the media, government, universities (whose faculty vote 10-1 Democrat versus Republican according to recent findings for 32 of the top colleges and universities), and unspecified authors are what snopes.com relies on for accountability. That admission alone rather sets up snopes.com as a mere satire rag, but Mikkelson appears to be earnest in his statement.

So, while all writing and reporting is biased, snopes.com chooses to reference their accountability in the form of a heavily left-leaning population. The converse of this might be tagging various news stories using a link to Rush Limbaugh’s site as the ultimate resource.

Indeed, snopes.com has come under fire numerous times for liberal bias and anti-Christian slant, including dishonesty in trying to debunk the “Obama and the Muslim Gang Sign,” in which, according to americanthinker.com, two of its points were refuted  in the very article it attempted to debunk. Accuracy in Politics cited snopes.com as one of the worst offenders, along with MSNBC (which just took on shamed news anchor Brian William after NBC left him go for a pathological fabrication of a story that never took place).

“Who has believed our report?” asks Isaiah 53. It is fashionable in our society to find fault with authority, ridicule reporting that doesn’t carry a heavily leftitst stigma, and especially to question God-breathed Scripture. But why is it so foreign to question pop culture?

Snopes.com may be a source of entertainment, but to suppose it is infallible or devoid of bias, as some indicate, is absurd.

“We don’t expect anyone to accept us as the ultimate authority on any topic,” says snopes.com on their FAQ page.

Perhaps, in this case, it is good to take them at their word.

What sources do you rely on for information regarding current events? Do you believe them to be objective?

Emily Tomko's radical encounter with the Lord while at a nightclub changed her life forever and inspired her first novel, College Bound: A Pursuit of Freedom. She is the author of seven books, including 31 Thoughts on Prophecy and Leaving the Shallows: igniting the faith that overcomes the world. Her tastes tend toward vintage and she's a Germanophile, having spent a year in Bremen and Nuremberg. Emily loves the scriptures and writes with fierce compassion and a deep desire to see people freed from the miry clay of this world and walking in the truth.
Previous Are You Here to Worship or to Be Entertained?
Next Christian College Students Go On National Gospel Tour