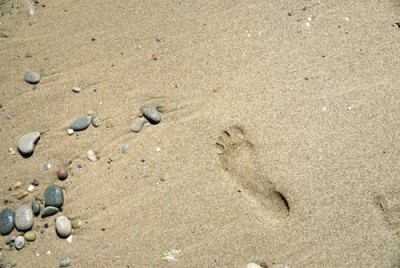 Nine-year music veteran, Josh Wilson, hit a high note last week when his latest release That Was Then, This Is Now, landed in the top five on the Billboard Top Christian Albums chart. Previously, he took the No. 5 slot with 2013’s Carry Me.[1] It was also the first time that one of his records debuted on the Billboard Top 200 chart, “selling more than 25 percent over his last album’s street sales.”[2]

“I was floored!” Josh told me of his reaction in an exclusive email interview. “It’s always encouraging to find out people are buying the album and telling their friends to do the same thing. I want as many people to hear these songs as possible, and I hope they can be challenged and encouraged by my lyrics, so when they land on a chart like that, it’s very affirming.”

The PK-turned-musician has always had a passion for songwriting and jamming on his guitar. Born in Arkansas, raised in Texas, Josh has had an instrument in hand since he was about seven years old.[3] So it’s no surprise that by the time he was in the seventh grade, he had an opportunity to perform in front of an audience.

“I remember the first time I was supposed to play in front of people,” Josh told me. “I was in the seventh grade and my youth pastor asked me to lead worship one night. I was so scared that I hid in a bathroom and didn’t end up singing that night.”

It’s hard to imagine a singer-songwriter with such incredible talent having an episode of stage fright. But God has used his ongoing struggle with anxiety to inspire many of his songs, including my personal favorite, “Carry Me” (Carry Me, 2013).

“Since [that night],” Josh said, “I’ve seen God give me the courage and grace to step on increasingly bigger stages. Though I still deal with anxiety, the last 10 years have shown me God is always faithful to carry me wherever he wants me to go. On this album, I’ve experienced a renewed sense of calling and affirmation that this is where I’m supposed to be.”

While Josh has always been vulnerable—particularly in regard to his struggle with anxiety—he believes he is more open and honest in That Was Then, This Is Now than he ever has been before.

“ ‘Don’t Let Go’ and ‘The Songs I Need to Hear’ were a bit scary to write and release, as they are quite vulnerable,” he said. “My prayer is that my honesty causes others to open up.”

It’s hard to imagine an album more vulnerable than Carry Me, which features what some would say are his most tender and transparent lyrics: I’m at the end of myself / I know I’ve got nothing left / Feels like I’m stuck in the valley of the shadow of death / And I’ve been down here so long / I just can’t find my way out / Oh God I don’t stand a chance / Unless You carry me now. But according to Breathcast.com, Josh once again lays it all on the line with his song “Don’t Let Go.”

“. . . Wilson is at his most tender and vulnerable,” reviewer Justin Sarachik says of the song. “He is actually begging God to not let him go. He hits some incredible high notes in the song, and his emotion oozes through the track and the simplicity of the light arrangement.”

While his honesty is a common thread that weaves through each of his albums, That Was Then, This Is Now, is the first to have a full band instrumental—and a heartbeat.

“I used my live band for the process,” he said. “ ‘Ode to Joy’ is a favorite hymn of mine, and not only does it feature my band, it features my unborn child’s heartbeat!”

The songwriter and his wife are expecting their first child in October. “At our first checkup I recorded the sound of the heartbeat from the sonar,” he said. “I was so moved by it that I went home and added it to the instrumental.”

Josh’s debut radio single from his latest album is continuing to see success on radio charts, including AC Indicator (No. 3), Top 10 at AC Monitored and the National Christian Audience chart (No. 12) with 5.8 million audience impressions.[4]

So what’s next for Josh? “I’ll be touring this winter with JJ Heller and Dan Bremnes,” he said. “I took a year off from my ‘NOEL’ tour, and I can’t wait to get it back out on the road. It will feature me and my band, and over 20 different instruments.” Once the dust settles, he’ll hit the road again in the spring.

Take a listen to Josh’s latest album (and his title track, below) and tell us: which one tops the chart as your personal favorite?

P.S. Josh let us in on some well-kept secrets that most fans probably don’t know about him. Do any of these come as a surprise?

Have you listened to any of Josh Wilson’s music? What song is the most moving for you?

[2] As reported in Christian Retailing: http://christianretailing.com/index.php/newsletter/latest/28210

[4] As reported in Christian Retailing: http://christianretailing.com/index.php/newsletter/latest/28210

is a freelance writer and contract copywriter who lives in the seacoast region of New Hampshire with her husband, Eric-Thomas,of five years. She currently serves alongside her mother as the Marketing Director for God’s Girls Christian Store and More, a online retail store serving the southern New England region. Her work has been featured in several print and online publications, and she is the recipient of two Faithwriters’ Editors Choice Awards for her short stories, which are scheduled for publication in the Mixed Blessings series. Her first book, Fragile: 30 Days of Hope for the Anxious Heart, is now available at samanthaarroyo.com. She can be reached at [email protected].
Previous Blindfolded for Victory: Sight Can Limit Your Ability to Trust God
Next North Carolina Pastor Who Lost Both Sons Tragically Overcomes With Faith and Forgiveness