Breaking News
Home / Entertainment / Just Let It Go: Have a Heart That Forgives 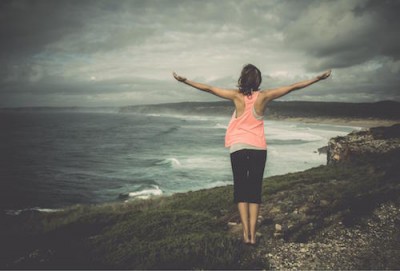 Just Let It Go: Have a Heart That Forgives

Have you ever had someone tell you, when you’re in the midst of complaining about the person who wronged you, “Just let it go.”

“But you don’t know what he did to me!” you say. Or maybe it’s, “You don’t understand how humiliated I was when she said that in front of all those people.” You feel as if you can never forgive that person. You possibly are stewing in your distaste for that person and plotting his revenge. Or maybe you are sitting there waiting for God to just “get ’em and get ’em good!” Come on, you can admit it.

Forgiving others can be tough. When we are feeling hurt, it sometimes seems easier to just sulk and hold a grudge. But that is not what our Lord commands. He asks that we “be kind and compassionate to one another, forgiving each other, just as in Christ God forgave you.” (Ephesians 4:32). And in Colossians 3:13 it says, “Bear with each other and forgive one another if any of you has a grievance against someone. Forgive as the Lord forgave you.” I’d say He is pretty clear on what He expects of us.

Maybe your struggle is even with forgiving yourself, and you can’t move forward with your life because you are stuck in feelings of guilt and shame. But the Lord does NOT want us to get stuck there either, because He already rescued us from those feelings when He suffered, died, was buried, and victoriously rose for us again over two thousand years ago. He does not expect you to keep re-living the past.

Wow, God, can we really forgive others and ourselves of everything–EVERYTHING? Seems impossible but it is important that we do so, and we can with God’s help because nothing is impossible with God! He can do anything, and that includes helping you live through some of the most trying, troublesome situations that someone has put you through.

“Well, I can forgive, but I can’t forget,” you may say. And yes, we are human so it is not easy to just let things go so easily. But let’s also think about how God forgives us. Just look at Psalm 103:8-12:

The Lord is compassionate and gracious,
slow to anger, abounding in love.
He will not always accuse,
nor will he harbor his anger forever;
he does not treat us as our sins deserve
or repay us according to our iniquities.
For as high as the heavens are above the earth,
so great is his love for those who fear him;
as far as the east is from the west,
so far has he removed our transgressions from us.

Wow! As far as the east is from the west. Now that’s a mighty long way. “I could never be so forgiving as God is,” you say. And to that I say again, yes, we are human, but we are becoming more and more like Christ every day, and as we do, we begin to take on His attributes of love, kindness, goodness, faithfulness, forgiveness, and so much more. True, it is a journey, but I will tell you that I have seen stories of people who have forgiven others of the most horrendous things, and yet they have such joy and peace–the peace that passeth all understanding (Philippians 4:7).

The song that I would like to leave with you today is called “A Heart that Forgives,” Kevin Levar & One Sound (Album: Let’s Come Together, 2008, God Glorified Music). It is a peace-filled selection that gets right to the core of this forgiveness thing. The lyrics say:

“Lord I want a heart that loves everybody–even my enemies … “

Wait, what? Yes, we need to love even our enemies as it says in Matthew 5:44. The song reminds us that we are to take on His love, His compassion. Kevin Levar breaks it down for us in everyday language. He makes it plain. We are to forgive others, no matter what, as God has forgiven us. When you forgive, God forgives and forgets. (2 Corinthians 2:10-12)

Well by now, you understand that forgiveness is no small task. But think about it this way, who are you really hurting by not showing forgiveness to someone else. You are keeping yourself in a cold, dark prison, while that person has likely moved on. Do you want to move on, or do you want to be stuck in the abyss of pain, resentment and sadness? And too, what if God never forgave you? That would be a terrible thing!

So as you consider forgiveness of yourself and others today, I encourage you to:
•Erase frustration & embrace freedom
•Erase anger & embrace admiration
•Erase evilness & embrace empathy
•Erase rejection and embrace reconciliation

And then ask and expect God to give you His peace about the situation. As you listen to this awesome musical plea to our Lord, may you know how much God loves you so that you may love others with the true heart of God–a heart that forgives.

Who do you need to forgive today?

Sharon S. Johnson loves the Lord and thanks Him for the gift of her family, especially her two wonderful daughters Havyn and Nia. She is a lifelong musician, an author, and a lover of all things creative! She is the author of “God Must Have Wanted Me to Smile," the award-winning inspirational story that launched her writing career (featured in Tales2Inspire: The Sapphire Collection). Through God’s amazing grace, Sharon has now released her very first book, Verses of Victory: a 31-day devotional to educate, motivate and stimulate those who seek victory. Sharon is presently a writer for two digital Christian magazines: Faith Filled Family Magazine, for which she writes music reviews, feature articles and interviews; and The Bottom Line, for which she writes articles and social media posts. She has written devotionals for Journey magazine (LifeWay), and has now started her own blog, This is His Song. Sharon wishes to acknowledge and thank God, her family, and her friends for their unfailing support during her journey toward these awesome achievements.
@thisishissong
Previous Forgive to Love Others
Next Sooner Than You Think! 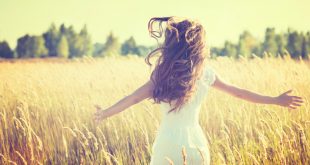 What A Beautiful Name

A lone voice singing out “You were the Word at the beginning.” That’s how the ...